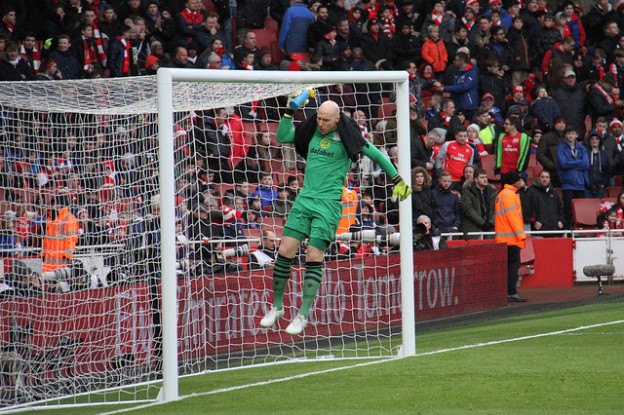 In this post we explore who are Aston Villa FPL prospects. Villans had a turbulent season last year as they were severely flirting with relegation but there were still some nice players to pick for your team.

Paul Lambert just couldn’t get it going last year. He was replaced by Tim Sherwood who immediately fixed whatever was bothering Christian Benteke. He started scoring and helped his team staying up. He won’t be around in the new Premier League season just like their influential midfielder Fabian Delph who joined Man City. Surely Aston Villa will fight hard to stay up again without those players to lead the team? Well maybe not, as Sherwood seemingly invested money really well. He signed a lot of players and most of them should be an instant improvement. Jordan Amavi impressed in pre season and is set for a starting job at left back. Idrissa Gueye looks as good as Delph in the centre of the field if not better according to reports and newest signing Veretout could get a starting gig alongside him. Let’s see what Villa players have fantasy value.

Aston Villa has a fairly difficult list of fixtures at the season start. In the first 6 gameweeks they are unlikely to keep more than 2 clean sheets. Good chances to do so are in the gameweek 4 and 6 when they entertain Sunderland and WBA respectively. However their defenders are pretty cheap, and with quality defensive minded midfielders in front there are interesting FPL prospects in Aston Villa defence. Midfielders come cheap as well in this team, with Grealish being the most expensive at £5.5m. He will get a lot of playing time but he is young and there is a chance he won’t meet the expectations thsi season. N’Zogbia and Sinclair are cheaper at £5.0m and both have a potential to be a good FPL differential at some point in the season, but it remains to be seen how much playing time will they get. When Benteke left Agbonlahor looked like great Aston Villa FPL prospect and absolute must have at £5.0m, but now with new arrivals and Adebayor reportedly close to signing as well, his value is almost non existent. He even picked up an injury and could be unavailable on the Premier League season start. Following is the list of Aston Villa FPL prospects ordered by FPL value they have at this point, week before kick off.

Brad Guzan is a first choice again at Aston Villa. He lost that spot to Shay Given at the end of the last Premier League season, but with latter leaving the team, Guzan is back in business. Sherwood confirmed that so he looks like a decent pick up at £4.5m. He probably won’t get many clean sheets, especially at the season start due to a fairly difficult schedule, but in the long run he could do well for your team. He should be able to get plenty of saves due to the Aston Villa playing style under Sherwood that leaves space for opponents to attack. This is something that could get him some FPL bonus points. If you don’t own any Villa defenders he could be your guy at least as a back up GK.

Most expensive defender in Villa team that should be safe to start is a newcomer Jordan Amavi. He looked good in the pre season but it remains to be seen how is he going to adapt to the Premier League. At £5.0m you can probably find better defenders elsewhere, so you might want to wait and see how Amavi performs. One that looks appealing is Micah Richards available at £4.5m. He never fulfilled his potential, but this could be his year as he has the experience, pace and strength which makes him a good FPL prospect in Aston Villa team. Baker is most owned defender from Villa at this point. Main reason is his low price of £4.0m but he is unlikely to start when Richards and Clark are fit. So if you need the cash desperately you could find him appealing but we won’t recommend him as he is not a starter.

Aston Villa midfielders are really affordable, but none of them looks particularly appealing. Like discussed above Grealish has some potential, but he is still young and you can find better £5.5m midfielders elsewhere. N’Zogbia and Sinclair have potential but they are not tipped to start many matches so they are more like a wait-and-see type of players, just like newcomers Gueye and Veretout. However Westwood is available at very affordable £4.5m and we included him in our top 5 FPL cheap midfielders article. That was before new signings were introduced and since then he did lose some FPL value, but he is very loyal to the club and could have a good season, so you would want to keep an eye on him.

Agbonlahor lost all of his value with the new arrivals, but then again we would advise you to wait and see how they fit in their new team. Libor Kozak on the other hand had a good pre season and he is actually starting to look like a better pick then Agbonlahor. Still wait and see is the best strategy here as well.

Of all the Aston Villa players Guzan and Richards look like safest picks. Guzan should be a decent GK while Richards promises to be a good option as an occasional starter in your team as a cheap defender. Amavi could have a good début season, but do you want to splash £5.0m on Aston Villa defender that has no experience in the Premier League? Not really. As for the rest of the team, there are lot of uncertainties with a lot of new arrivals so we suggest waiting for a while if you are anxious to pick Aston Villa midfielder or a forward in the first place.