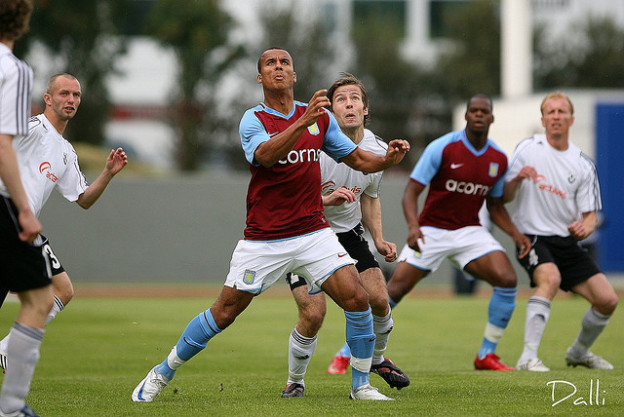 In this article, we present budget FPL forwards to consider for your fantasy team. Elite midfielders will bring you a lot of points in the FPL game through their ability to score goals and collect assists at the same time. That combination often awards them with additional FPL bonus points. Also, every goal they score is worth 5 points which is 1 more than forward gets. Add to that a point they get for every clean sheet and it is no wonder a lot of FPL managers decide to field the 3-5-2 formation. For that, you need classy midfielders like Alexis Sanchez or Eden Hazard which drain a lot of your budget. Add David Silva, Juan Mata or Kevin De Bruyne and you have to spare some serious money elsewhere. With 3-5-2 formation, you actually don’t need a high profile third forward, but then again you wouldn’t want to pick a £4.5m forward that won’t be getting playing time at all. You need a forward that will sit on your bench if necessary but at the same time ready to jump in if one of your midfielders or forwards doesn’t play in a certain gameweek. This article explores interesting fantasy Premier League forwards available at £6.0m or less that you might want to consider for your FPL team.

Deeney returned 2 goals and 3 assists so far which is a bit below expectations. He was supposed to be main goalscoring threat in Watford, but Ighalo turned out to be more dangerous. Deeney’s price dropped as a result and now I see him as a very decent pick. He played full minutes in all but one  match so far which means you are guaranteed to get at least 2 points from him per match.

Perez is also listed in my pre-season FPL hidden gems article but since he started to play regularly and score goals in the process, he makes my Fantasy Premier League budget friendly forwards list as well. He is much better option than Mitrovic as he will cost you less, won’t get as many yellow cards and actually has more attacking potential due to his work rate and discipline.

Fletcher is the type of player Allardyce likes to have in his team and he will get minutes as a result. He already scored two goals since Allardyce took over and he is unlikely going to stop now. However, watch out for Watmore. He finally played full 90 minutes in a loss against Southampton. He is a very talented youngster that could get his own spot on this list in the future.

Arouna Kone is one of the biggest surprises so far in FPL to me. He had no fantasy appeal through last two seasons, but performances in first 12 gameweeks of new Premier League season have launched him on 2nd place in this top 5 budget FPL forwards list. He scored a hat trick in a win over Sunderland in GW11 and with a home game against Aston Villa at home in the GW13 you’ve got to like his chances. Everton has a kind run of fixtures for a while and Kone will get his chance to shine.

Ighalo is actually third best striker in FPL points accumulated so far and he tops my list of cheap Fantasy Premier League forwards before GW 13. He is the main attacking weapon of his team. His starting position is secure and he scores more often than not. 7 goals in 12 appearances so far is an amazing result. He is a must have.

Agbonlahor, Cameron Jerome, Ighalo and Fletcher featured my pre-season version of this very same budget FPL forwards list, and the latter two are still hanging on. This freshly updated cheap FPL forwards list features a couple of new faces. All of them have enough playing time and all of them showed good form so far. Based on short-term fixtures all of them except Fletcher look like good picks. If you are looking for first choice forward you might be interested in my top 10 FPL forwards list. If you like my list please share and if you disagree please don’t hesitate to share your opinion in the comments section below.