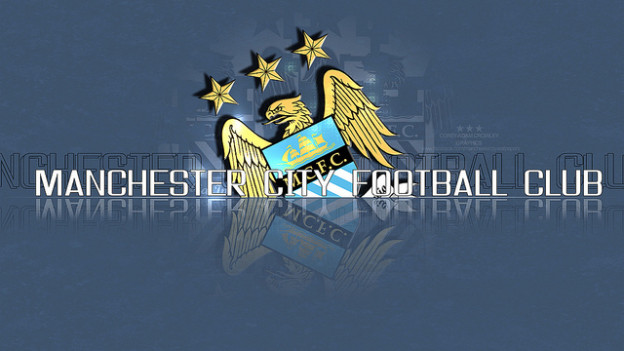 So what is Man City FPL potential in the season to come? They didn’t have a memorable 2014/2015 campaign. They came second behind Chelsea FC in the Premier League but it wasn’t really much of a contest and they didn’t impress in Europe as well. We are yet to see if they are going to be a contender this season but in terms of fantasy Premier League potential, Man City has couple of players to offer. Under Manuel Pellegrini this team is really offensive minded which doesn’t come as much of a surprise considering the amount of talent they have up front. Sergio Aguero, David Silva and Yaya Toure have been excellent FPL options in the past couple of seasons. Let’s see who are Manchester City players to consider in the upcoming FPL season 2015/2016.

Man City opens new Premier League campaign with a visit to the Hawtorns. WBA is a disciplined unit under Tony Pulis, but they’ve been outplayed in the last h2h meeting. Granted it was played in Manchester, but City has the cure for rigid WBA defence which should translate into a encouraging start to the new BPL season. However WBA is likely to score at home. Gameweek 2 is a derby game against Chelsea FC at home. Anything could happen here but it should be hard for City to keep a clean sheet. Everton away is the next task for the Citizens and it should be a hard one. Everton had a disappointing Premier League 2014/2015 season but this team does have plenty of talent and they could prove to be a handful. Finally gameweek 4, the last in August should be an easy one for Man City. They entertain newcomers Watford at home and this just seems like a perfect opportunity for Aguero to score a couple. If he is not in your team this could be a good time to get him. At the same time this just might be a first clean sheet for City. Based on that I won’t be jumping to pick any of their defenders into my first team, but despite somewhat difficult schedule Man City’s offensive players are worth a second look for your FPL team.

Man City FPL players to consider for your team

Goalkeepers – Joe Hart and Liverpool’s Mignolet recorded most clean sheets – 14 in the last Premiership season but neither of them managed most FPL points. Hart had only missed two matches entire season and with little competition from Caballero his position is secure. However City’s defense looked shaky at times which is something we could easily witness in new season and Hart doesn’t seem to be league’s best goalkeeper. Add to that couple of rather unfavorable matchups to start the FPL campaign and for the price of £5.5m we at Fantasy Sports info will most probably look elsewhere for goalkeepers and for our early FPL tip advise you to do the same. Check out this FPL goalkeepers article that might help you decide.

Defenders – Kompany and Mangala are likely Man City CB pair and neither of them offer much fantasy appeal for now. Kompany missed a lot of playing time due to the injury problems but even if healthy in the following season, at £6.0m he is just a bit pricey for a player that shouldn’t be contributing with goals and assists much. He did score 4 goals in the season 2013/2014 and if he starts new season with confidence he could become valuable. He is owned by 11.7% of FPL managers at this point which is much more than any other City defender but for now we would advise to wait and see how he performs. Mangala never really justified his transfer fee, and was often overlooked by Pellegrini. This season he should have more secure position which should translate into more FPL points, but at this point we think it might not be enough to bring it to our team at the price of £5.5m. Pablo Zabaleta on the right side is the player who often offers spark going forward but he had somewhat uninspired season in terms of fantasy value with only 8 FPL bonus points won. He was 7th highest scorer in the Man City squad which isn’t encouraging for the upcoming season, and for now we are likely going to overlook him while choosing defenders for our FPL team. Clichy is the cheaper option on the opposite side of the pitch if you are interested in picking a Man City defender but he has the competition in Kolarov. We rate him higher but Pellegrini didn’t seem to share our opinion so far, especially in season 2013/2014. He had more playing time last season however and at the price of £5.5m he might be a decent option for an FPL team considering he was 5th best City player when it comes to FPL points per game ratio.

Midfielders – If you are looking to pick a Man City midfielder than look no further than David Silva. He recorded a 12 goals and 12 assists in the previous FPL season and came in second in the points scored category, just behind Aguero. He was available at £9.0m in the beginning of the season which was £2.0m less than what you were asked to pay for Yaya Toure. He turned out to be much better option and we see the same scenario in the following season. He is priced at £10.0m for the new FPL season and he looks like a better FPL midfielder than Toure whose priced dropped a lot. Toure had played on much lower level than season before and we don’t see much improvement in season 2015/2016. He is not getting any younger and priced at £8.5m he doesn’t have much fantasy appeal, especially with the arrival of Sterling. Priced at £9.0m he is a better option than Toure and could even turn out to be a better option than Silva as he is cheaper to own. Other midfielders like Jesus Navas, Samir Nasri and Fernandinho all have offensive skills but I would only consider them if price is really appealing as neither had a stand out FPL season of 2014/2015. Fernando has more defensive capabilities and as such might not be worth a second look unless his starting purchase price is less than £5.0m. Delph is another new addition to Man City midfield, but due to the injury and the fact he is not certain to start anyway he doesn’t offer much value at £5.5m.

Forwards – This is an area where City is very deep on paper, but only Sergio Aguero is true superstar and real fantasy Premier League stud. This guy recorded the highest FPL point per game score in the whole Premiership. He managed massive 6.5 points per game, and if he hadn’t been slowed down by the various injuries he would have scored much more FPL points than Hazard. He missed 5 Premier League matches throughout the season but he also played less than 60 minutes in 5 more matches. You should seriously consider picking him for your team basically, whatever the FPL purchase price (starting price is £13.0m). With Sterling in the team Bony will likely be used as a sub. Pellegrini could utilize 4-2-3-1 formation more often than not which will affect his value a lot. He did not do particularly well since joining from Swansea anyway and it remains to be seen if we are to witness an improvement. I won’t be picking him with a price of £8.5m unless Aguero gets sidelined for a longer period. Edin Dzeko has been a disappointment ever since joining from Bundesliga but last season was particularly unimpressive for Bosnian forward. His FPL price is £7.5m and with rumors of him leaving the team he doesn’t seem like a valuable option. Still pay attention to his performances as with Aguero and Bony likely to miss opening match he might be worth considering as a short term measure. Stevan Jovetic is set to leave on loan to Inter Milan. If that goes through you won’t even have an option of picking him, but judging from his last Premier League season that doesn’t necessarily look like a bad news.

Man City has excellent players to pick for your FPL team in Aguero, David Silva and Sterling but they are priced accordingly, especially Aguero. Sterling is the cheapest of them but he is new to the team and it remains to be seen if he is going to fit in. Early preseason matches showed that he could be worth picking form the start. If you can’t afford any of them there really aren’t much value picks from Man City squad. Yaya Toure is cheaper than expected but at this point doesn’t look like a value pick as most of the FPL points should be divided among the above mentioned trio. Nasri and Navas could be interesting players to own in short term as they are unlikely to start plenty of matches. Joe Hart should collect some FPL points as a GK, but there are cheaper options across the league. Kompany is certain to start every game in the defense if healthy but if he doesn’t raise his game and if you don’t like paying £6.0m for a defender, feel free to overlook him. What do you think? Who is a good fantasy team prospect from the Man City squad? I would like to hear from you so please comment below.