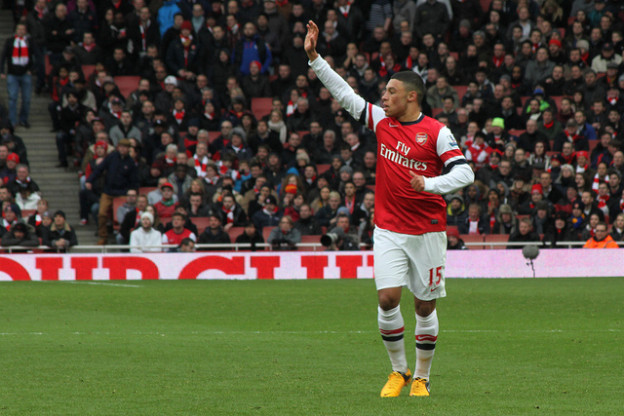 In this article we will identify FPL hidden gems – players that have a very low ownership which is something that could very much change in the right circumstances. This is a list of players that could record a breakout season and earn some extra FPL money for you but more importantly if recognised early they can be a fantastic differential. This list will be updated from time to time accordingly.

Let’s face it – this player doesn’t have any chance of shining this season. Unless he gets loaned out to another BPL team that is. He didn’t play a minute in the last season which was due to the injury problems but also the fact he was low in the pecking order anyway. That is unfortunate as he showed great deal of potential in the short period of playing time he got in BPL season 2013/14. He just turned 20 but he looked very mature on the pitch back then. Arsenal midfield is very crowded and he won’t get much playing time in this team resulting in no FPL value at all. It should be a different story if in fact he does get loaned out. In that case at £5.0m he would very likely be a nice value for money.

Ox will get his playing time as opposed to Gnabry. He is yet to have a breakout BPL season but we could witness it soon enough. At this point he does not have much fantasy appeal – there are other more exciting midfield FPL prospects in Arsenal squad. However he is not too expensive at £6.0m and pick him at first sign of good form. He will turn 22 soon and he should be mature enough to be important part of Arsenal ambition for this season. He has pace, physical attributes and talent to thrive in BPL and a lot of fantasy potential. Due to the low ownership, he has a lot of differential value so you might even consider picking him early if you like to gamble a bit. He should be on your FPL watchlist.

Oscar didn’t really fulfil his potential at Chelsea so far but he had been returning solid numbers. He scored an average of 126 FPL points in his 3 seasons at Chelsea playing an average of 2150 minutes per season. That is bit less than 24 full matches which is fairly low. If he gets more minutes this season he could be a great FPL asset as a cheaper player than Hazard and Fabregas. It looks like he wil get a starting job behind Costa and if that is the case he is the one you should seriously consider. He can score goals from free kicks and he does have assisting potential. Get him on your FPL shortlist at least.

At this point Moses doesn’t have much fantasy value, if any at all. However he is interesting player that could take advantage of any chance given by Mourinho. Mou actually hinted he counts on Victor Moses and that he will look to give him minutes. Chelsea plays almost exclusively in 4-2-3-1 formation and Moses can be utilized on both flanks. Hazard is irreplaceable, but on the right he could be very fierce competition to Willian. Also, Cuadrado didn’t impress at all last season and if he fails to raise his form Moses should be preferred over him. At 24 he has a lot of Premier League experience and should be a nice backup option, but with a bit of luck he could turn out to be a nice FPL asset. Don’t pick him from the start but keep an eye on him.

Just like Gnabry, Mutch doesn’t have fantasy appeal at this point as Palace midfield is pretty crowded. But unlike Gnabry he will likely get some minutes eventually. He might be interesting at that point as a short term measure given his goalscoring potential. He was must have when playing for Cardiff in BPL season 2013/14. Avoid him until he gets minutes.

At 3.0% of ownership Ibe is highest owned player on our list. It is due to the nice pre season he had so far so maybe he doesn’t exactly qualify for the FPL hidden gems category. Still it is unlikely he will get a lot of minutes unless he deserves them big time. Liverpool once again filled their team with fresh faces and he has a lot of competition in the midfield. You can keep an eye on him early though as he could start in the 4-3-3 formation if Coutinho and Firmino get extended rest for the season start. He is certainly on our author Josip K’s radar in his FPL Liverpool scout report article and you want to consider him as well especially with Rodgers hinting he looks to give Ibe playing time in Liverpool.

Perez has low ownership for couple of reasons. FPL managers don’t seem to trust Newcastle much for the new BPL season, but main reason could be that Perez is not safe to start for them. Cisse is likely going to start as a sole forward in a 4-2-3-1 formation but Perez now has competition in a new boy Mitrovic as well. So he is likely going to be used as a right winger. But he will have to fight off Rolando Aarons for the starting job. Because of that he doesn’t look like a good FPL asset at £5.5m. But please note he had played extremely well last season and he is expected to reach out more in this new BPL season. He scored 7 goals but his effort and work rate was very much appreciated among Newcastle fans. New manager means uncertainty so for now just keep an eye on him as he has potential. His team mate Aarons could be in this category as well, but at the age of 19 his time is yet to come and he might not have a breakthrough season just yet. There are also some transfer rumors surrounding him at this point as he didn’t extend his contract which should not play in his favour early in the season.

There you have it, this is our list of FPL hidden gems prior to the season start. Do you agree with our picks? Would you consider getting any of them into starting team? Do you have anybody to add on our FPL hidden gems list? Let us know, please comment and if you like the article please consider sharing.