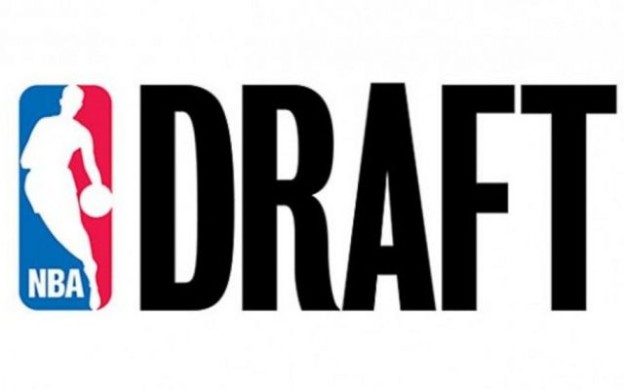 Following list represents fantasy-sports-info.com predictions about how the top ten picks on the 2015 NBA draft should produce in terms of fantasy NBA value. It is not a list of players ranked by quality, it is just a priority list of players to keep an eye on the fantasy draft. We have taken into account how much they can contribute to their team (and your fantasy team), considering their level of readiness for NBA basketball, their role on the team and playing time they should be getting.

1. Jahlil Okafor (C) – Philadelphia 76ers. Our number one NBA fantasy pick. He is a guy that already has the muscle necessary for playing with the big boys. I think Jahlil is going to get a lot of playing time (maybe the most of these 10 ) at Philly, although they went crazy with drafting big men. There will most probably be some trades involving their big men later on but I doubt they’ll be moving Okafor. I think he should be playing a mayor role on this team this year and just might turn out to be the most consistent guy of the 10. His biggest downside is free throw percentage, but if you need a big man that will be filling up rebound and points categories in your fantasy team he is a guy worth considering late in the draft.

2. Karl-Anthony Towns (PF-C) – Minnesota Timberwolves. An expected 1’st pick that should add much needed size and defensive presence to the Timberwolves front court. No need to waste words about his quality, I put him second not because I think Okafor is a much better player, but because I expect his role on this team should not be as big as Jahlil’s in Philly. He has a group of experienced scorers on his team and with Andrew Wiggins entering his sophomore year I don’t see that many shoots taken by Towns in his rookie year. Consider him for your fantasy NBA team.

3. Emmanuel Mudiay (PG) – Denver Nuggets. This very “feisty” player, with questionable shooting skills could still be a decent NBA fantasy prospect. He is a great passer and it’s really a joy to watch this guy play. Although his shooting percentages could be a downside, he should be able to fill up categories like assists and steals. He also has everything he needs to be a good defender as he is an athletic player with very long hands. Another plus for him could be the fact that Ty Lawson is expected to be traded so he could be getting a lot of minutes right away.

4. D’angelo Russell (PG) – Los Angeles Lakers. A very talented guy that could turn out to be the best scorer from all of these guys, but he could also hurt you when it comes to turnovers and shooting percentages. It could go either way – he could be the rookie of the year or another Kobe wannabe that gets benched. Time will tell, for now we are putting him on the 4th place in our fantasy NBA interesting rookies list.

5. Mario Hezonja (SG-SF) – Oralndo Magic. An athletic SG-SF that can really shoot the ball. I think that the comparison made by the commentators of the draft that he is the European J.R. Smith could be just on the spot. Hezonja is very confident player that can play well on and off the ball. He is the perfect fit for Orlando’s young and athletic back court. I think he won’t be needing a lot of time to adapt to NBA basketball. In Europe he was never a role player, a guy who will have mediocre or an “alibi” game. He plays at his max and if you give him enough time on the team he could create a lot of fireworks. I think he is ready for the NBA and if the coach should give him the opportunity he could be a factor on Orlando’s back court immediately. He should bring solid 3 pt shooting and scoring as well as a few rebounds and assists in your fantasy team.

6. Frank Kaminsky (PF) – Charlotte Hornets. Now here is a guy that could be described as typical “European type of PF“. A so called stretch 4, a guy that can really shoot the 3 ball with a great percentage. He is not going to bring you a lot of rebounds or fill up the “defensive” categories, but shooting percentages should be pretty high. You earn your minutes in this league by playing defense, so his downside could be the fact that he is not the world’s most physical guy, but coming in to the NBA as a college senior he has the age advantage on most of these other guys and I think he could be a factor for the Hornets from the very start.

7. Justise Winslow (SG-SF) – Miami Heat. This is player that I really like, but I’ve put him this low because I expect him to have his best performances later in the season. So he has the potential to go up on my list, but for now I’ll keep him here on the 7th position. I would compare him to Jimmy Butler in the NBA, as he is really a strong guy, real team player and a tough competitor. He is much better at getting into the lane then at outside shooting, a good defender and player that will do his role on the court without a lot of shots fired and a lot of turnovers. I expect solid shot percentages, solid “defensive” categories for your NBA fantasy team but not a lot of attempts or points scored. I did not put him higher on the list because I expect he will be needing some time to get used to the fact that is not the toughest guy on the court anymore, but I will certainly keep an eye on him.

8. Kristaps Porzingis (PF) – New York Knicks. Guy that had the toughest welcome of all draftees this year, but IMO the Knicks’ fans could not be more wrong about him. Yes he is going to need some time to toughen up and put on some weight to play in such a physical league like the NBA. That is why he is not at the top of my list, but… The Knicks could suck this year too and he could be getting some extra time in blowout games. He has got an amazing potential to be really good player in this league. As for his contribution for your fantasy NBA team right away, he should be at the top of this list (when it comes to big ) in blocks, FT shooting and 3 pt shooting. Other categories should depend on his ability to deal with the physicality of the players that he will be matching up with.

9. Willie Cauley-Stein (C-PF) – Sacramento Kings. Quite the opposite from Porzingis, here is a physical guy with limited offensive possibilities. Defense and rebounding are the name of his game. Unlike Porzingis, he has the body to play in the NBA right away, but I’m skeptical about his numbers in his rookie year. As I said his offensive potential is limited and I think he won’t be getting so many minutes to put up big numbers in rebounding.

10. Stanley Johnson (SF) – Detroit Pistons. Another player that is expected to contribute more on the defensive end of the floor which could come in handy for the Pistons but it remains to be seen how is that going to be translated into fantasy contribution for your team if you chose to draft him. Confidence is there but he does seem to be a long way of being the best player on the 2015 draft.