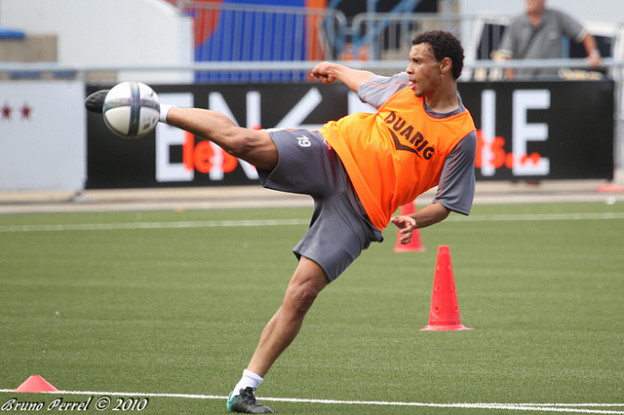 Let’s explore what options do we have in FPL cheap midfielders category. You want to have a cheap FPL midfielder as your budget is pretty limited at £100m. It is very easy to spent a huge chunks of it on star players like Eden Hazard and Alexis Sanchez because they are likely to thrive. Due to their huge ownership % among your fellow FPL managers you cannot really afford not to own them as you will get into trouble. Eden Hazard has been owned by 54,3% of FPL managers at one point. Picking a cheap FPL midfielder that is going to harvest a lot of fantasy points is just what you need. In this article we bring you a list of top 5 cheap FPL midfielders that should provide a boost to your FPL team.

This article is updated just before GW7. In the original article posted before the Premier League season started I identified the following 5 players as top FPL budget midfielders:

While only Matic returned a decent number of points I would still recommend him, Victor Wanyama and Ashley Westwood as good FPL budget midfielders. All of them are getting serious playing time and two of them are actually available at lower price than they were valued when season started.

Matic scored one goal so far but he also has a clean sheet potential now when Chelsea looks bit better defensively following a GW6 win over Arsenal. Matic will keep getting a lot of playing time for sure. Only 4 Chelsea players have spent more minutes on the pitch last season than him. If you have a couple of other midfielders that are susceptible to rotations in their respective teams, you might want to consider Matic as a sure thing. He is the type of player Mourinho likes and although he won’t get plenty of goals and assists, he should get a clean sheet point often enough. At £4.9m he is a solid FPL bargain midfielder.

Wanyama doesn’t have as much clean sheet potential but he was very close to scoring in last gameweek against Man Utd and I expect him to score sooner or later. He is available at £4.4m which is an excellent price. He will get a lot of playing time and despite not being primarily offensive player, he does pose a certain threat in the final third of the pitch. He scored 3 goals and managed one assist in the last season. If he stays healthy he could surpass that which should get him plenty of FPL points in this Premier League season. Considering his price, he is one of the best budget FP midfielders out there.

And finally, Ashley Westwood. He was indispensable in Lambert’s Aston Villa, but Sherwood appreciates him as well. He didn’t miss any playing time so far and he should keep getting minutes. His team mate Scott Sinclair at £5.0m is also an interesting prospect, although bit more of a gamble and maybe more suited for a hidden gem category. If you are looking to fill out bench positions you are looking to spend less money anyway, so we made Westwood our pick for a FPL cheap midfielder instead of him.

Let’s see who are other two FPL cheap midfielders that emerged as a good options in first six gameweeks.

This youngster played well so far and he is only going to get better. Considering his price he deserves a spot on this FPL cheap midfielders list. He had a lot of playing time so far and is likely continue to get minutes with Mason, Bentaleb and Demebele all out injured for some more time. Alli was mostly employed behind attacking midfielders, but he can play behind the striker as well. He is a very interesting player that is likely to score couple of goals this season.

Hoolahan returned a lot of FPL points so far but his well over 30 years old. This means he won’t play 90 minutes per match often. In fact he only played one full match so far. That didn’t stop him to score a goal and 4 assists in five matches. This is a fantastic return for a cheap Norwich midfielder. There is one thing to consider, though. He didn’t play in the last round at Liverpool and his owners should expect these kind of situations from time to time. Nevertheless, he showed so far that he deserves a spot on cheap midfielders fantasy football list.

Plenty of high profile players have been misfiring in FPL so far which means managers are offloading them in favour of cheaper players. This is the case with the midfielders as well. That means you are able to balance your team out better. However, players like Hazard or Sanchez are going to find their form sooner or later. This is why you have to have a reliable and cheap FPL midfielder in your team and this list could help you make your decision on who to buy. List will be updated from time to time so make sure you check back frequently for fresh budget FPL midfielder advice.