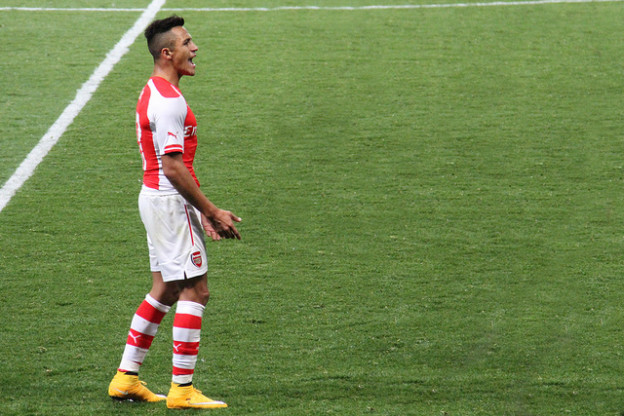 Last week only one of my 5 FPL captaincy tips was a good one. It was Costa who displayed a fine form in a 3-2 away Chelsea win over WBA. Since I didn’t actually have him in my team, I decided to captain Aguero. He had a nice match before that against the Blues at home, so I felt good about him scoring against Everton. He didn’t deliver, but I am prepared to give him another chance in this gameweek. Man City plays at home against Watford and it is a great opportunity for Kun to score a goal or two. He is my best FPL captain prospect but let’s see who are other viable FPL captain candidates for GW4.

I already stated above that he is my FPL captain pick for GW4 and here is why. Man City likes to dominate teams at home, especially weaker ones. They play high tempo and rarely decide to stop attacking. Watford conceded two goals away at Everton but since then kept two clean sheets at home. However, this is a match where they should allow 2-3 goals at least. Southampton created plenty of chances against them in the last round and I can’t see Watford keeping Man City away for long in their upcoming match. Aguero plays as a sole striker in a 4-2-3-1 formation with plenty of talented players behind him. When City plays with confidence you can expect Aguero to score a lot. This will be the case tomorrow. If you have him in your team, make sure you captain him.

Sanchez didn’t do much so far, but he was expected to miss at least two matches due to the extended break he got. He should be fit now and eager to play. He often looks dangerous and is more likely to score than any of other Arsenal offensive players. He had couple of good chances against Liverpool, but Newcastle could allow him even more. He is a very explosive player that should be able to exploit Newcastle weaknesses in defence.

Pedro shined in his début in a win over WBA, so it is hard to ignore him when considering FPL captain pick for GW4. His movement and finishing was superb. Home match against Crystal Palace is a great opportunity to introduce himself to the home crowd. Chelsea finally recorded a win so they should be confident now. They will score couple of goals and Pedro will likely be the one to blame.

Lukaku is a risky FPL captain pick in gameweek 4 considering Everton plays at White Hart Lane, but I just can’t ignore his fine form so far. His confidence is on high level and his performances are much better as a result, in comparison to last season. Tottenham started new BPL season without much improvement over the last one. They are still conceding goals often. They already allowed 4 so far and I can’t see them keeping a clean sheet tomorrow. If Everton does in fact score, Lukaku will have something to do with it.

Finally, my last FPL captain pick is a very speculative one to say the least. It is James Milner. He was very active in a draw against Arsenal and found himself in couple of nice chances to score. Apparently without Henderson next to him he is feeling more adventurous going forward. This is because he had Can and Lucas to watch his back and this is something we could witness against West ham as well. More on that you can find in this excellent article that focuses on Liverpool tactics against Arsenal. Benteke will be very dangerous against West Ham, but I’ve seen plenty of positives in Milner’s game against Arsenal and I am going to recommend him as my final FPL captain tip for gameweek 4.

Aguero is my pick number one captain pick from Manchester City and overall as well for this week, but because of the easy fixture they have, there are plenty of other options to choose from in this team. David Silva and Yaya Toure stand out the most. Same can be said for Arsenal. This team has a lot of attacking options and you never now who is going to score. I picked out Sanchez but Ramsey could be decent choice as well. He scored a seemingly regular goal against Liverpool that was disallowed. He is the one to keep an eye on as well. With Kane in a poor form so far and Eriksen sidelined, Chadli is the most dangerous Spurs’ player at the moment. They play against Everton at home, but I am more impressed with Lukaku’s performances so far and he is my best captain choice from this match-up. Benteke looked very good in last two matches for Liverpool and home match against West Ham is actually a nice opportunity for him to score. However I went for Milner as he looked very lively in last match.

Did you make your GW4 FPL captain choice yet? Who did you choose? Do you like my suggestions? Please comment below.