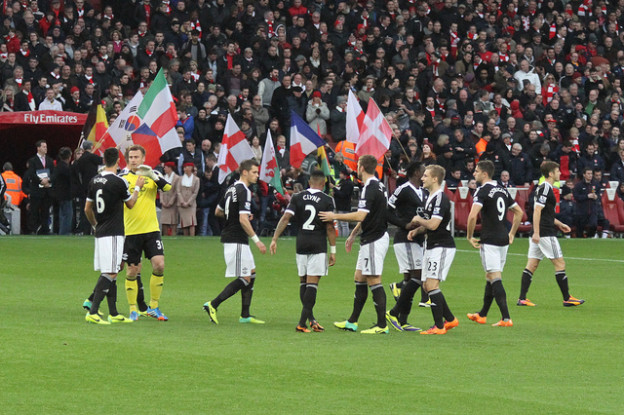 It’s time for a Southampton FPL scout report! In this article, we scan Saints’ squad for potential FPL value. After almost half of their first-team squad left for Liverpool last summer, along with a somehow traditional youth delivery to Arsenal in form of Chambers (who followed the footsteps of Walcott and Oxlade-Chamberlain), they surprisingly managed to secure a decent 7th place last season and have qualified to Europa League. This transfer window has seen a positive decline of departures, although they couldn’t keep their hands on Clyne, Schneiderlin and Alderweireld. Still, they brought reinforcement for those positions and had a very solid pre-season so it seems that they will once again challenge for positions at the top half of the Premier league table. This is how I would expect them to line-up this season. 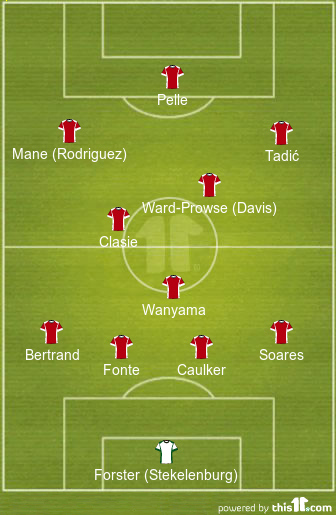 During the last campaign, Koeman was fairly consistent with this 4-3-3 formation and I would expect no significant changes to their system. Their main strengths are good defending and attacking down the flanks. However, their new defensive line is not to be trusted yet: they lost Alderweireld and Clyne, Forster is out injured and Bertrand is a major doubt for the start of the season. So let’s concentrate on their offensive potential in this Southampton FPL scout report and try to find some good FPL value there.

Their attacking trio Mane, Tadić and Pelle scored and assisted the majority of their goals last season. Mane was a particular FPL highlight for them. Although he started just 24 games, he managed a total score of 137 (4.6 points per game – best in the entire squad), scoring no less than 11 goals and providing 4 assists. His value at the end of the season was just 6.3m so he was quite a bargain! Unfortunately, he is now valued at 8.0m which would be too much for a lot of players. One could say it’s a price you need to pay for such type of a player included in the midfielder category: Walcott and Sterling are both at 9.0m – not to mention the superstars Hazard and Sanchez. But if you’re not ready to break the bank I would recommend getting A.Ayew (7.0m), Chadli (7.0), Deulofeu (6.5m) or Navas (6.5m). Or maybe Southampton’s Tadić? He is indeed a cheaper solution (7.0m) than Mane. They both played a similar amount of minutes last season but Tadić was more about assists (9 of them) than goals (just 4) – hence the lower total score and hence the lower price.

I would keep both of them on your shortlists as this is their second Barclay’s Premier League season and it’s not unlikely that they could shine even more than in the last term. But keep in mind that they face competition in those positions from returning Jay Rodriguez – if Koeman sticks with Pelle up front. Rodriguez (7.0m) is also on my watchlist after he impressed in the pre-season and is eager to finally get back onto the Premier League stage. I’m sure we all remember his 2013/14 season when he scored 15 goals while being valued at around 6.0m.

Also, we must not forget that Southampton are well known for their youth academy which produced some of the best English players in the last decade: Bale, Walcott, Oxlade-Chamberlain, Lallana and Shaw are all their home-grown players. And so is James Ward-Prowse (6.0m). At age 20, he still has a lot to learn to master that mentally demanding central midfield position but he’s already shown many flashes of quality. Last season he registered 8 assists while given just 16 Premier League starts – he would have got even more chances if he wasn’t out injured for 10 weeks. Now that Schneiderlin is gone, this could be his breakthrough season so keep an eye on him.

Finally, if you’re looking for a really cheap solution midfielder who would certainly start throughout the season then you must surely consider Victor Wanyama: a sitting, ball-winning midfielder who can also score few goals. He is included in my fellow author’s Top 5 FPL cheap midfielders article as his first choice and there’s little chance you can find a better midfielder for 4.5m.

So, here’s the summary of this Southampton FPL scout report:

2) Look for bargains in central midfield area (Wanyama and Ward-Prowse).

3) Focus on their attacking potential, especially among the wingers (Mane, Tadić and Rodriguez)

4) Hope for the best and stay tuned for more reports and articles. Brace yourself, the new BPL season is coming!