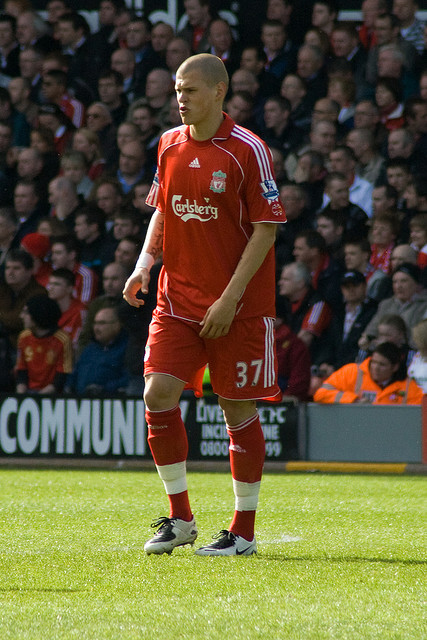 Picking Man Utd, Liverpool and Man City defenders at this point is an easy FPL tip to give. These teams are the only ones yet to concede after 3 matches played so far, but there is a good reason for that. Nice starting fixtures mixed with good form and playing style resulted in great returns for managers that picked their defenders. Let’s examine if you should consider any of these defenders in the following gameweeks.

United kept a clean sheet but they actually had not been properly tested so far. Tottenham at home was the biggest test but Spurs rarely got anything at Old Trafford. Man Utd seemed happy with a 1-0 lead in first two matches never risking much upon taking the lead. Home draw against Newcastle was a disappointing one, but clean sheet was kept. Next three Man Utd fixtures are:

These three fixtures are actually tougher for Man Utd than the matches they played so far. They have two away games and a derby match at home in GW 5. Next match away at Swansea could actually prove to be a hardest test of the three. Swansea started season on a very strong note. Gomis is in very good form and Ayew looks like a great signing. Both of these players are physically strong and Man Utd defence will have a hard time stopping them. Two fixtures after that are bit easier with higher probability for a clean sheet. You never really now what to expect in a derby against Liverpool, but this is likely going to be a tight affair with both teams approaching with caution.

FPL tip: Maybe you would want to avoid getting a Man Utd defender for next round and depending on their performance in Swansea match, consider Shaw, Smalling or Darmian for GW 5.

Reds look much better than last season based on performances in first three GWs. They kept it tidy at the back at Stoke City. Considering they conceded 5 goals in last trip to Stoke before that, it is a huge success. Bournemouth at home was an ideal opportunity to keep a clean sheet again and they delivered. GW3 however, was a difficult trip to London to play against Arsenal. They kept a clean sheet there as well, albeit let’s be fair and admit that Arsenal had a goal disallowed in a very dubious offside call. Liverpool looked very decent overall and their defence was impressive in particular. Joe Gomez looks like an excellent pick. Priced at £4.7m he is the cheapest route to Liverpool defence and well worth it. I was afraid he could be rotated with Moreno, but at this point that doesn’t seem to be a concern. Moreno was introduced from the bench couple of times, but not to substitute Gomez. He was employed higher up the pitch. Lovren seems to be safe in a CB position even though Sakho is waiting patiently for his chance. Nevertheless, at £5.0m Mignolet looks like a better choice than Lovren. Other two defenders, Clyne and Skrtel, are safe to start in every match hence their price is £0.5m higher. Skrtel offers a goal threat and Clyne has some assist potential so if you can afford them, go ahead, but Gomez probably offers best value for money. Liverpool’s next three fixtures are:

This is actually a better fixture list than Man Utd has despite their h2h meeting in GW5 at Old Trafford. I already said how I can see Man Utd keeping a clean sheet there, but I don’t expect them to score much either. Not considering the goalscoring form they are currently in. Other two Liverpool fixtures; West Ham and Norwich at home are decent clean sheet opportunities. West Ham could be dangerous, Arsenal experienced that in first gameweek. They have some decent counter attacking capability with Payet in the team. However West Ham disappointed in last two matches and Liverpool won’t underestimate them for sure.

How impressive did Man City look so far? Very much I would say. They kept all three clean sheets so far, but not because they were playing cautious at the back like above mentioned teams of Man Utd and Liverpool. They were dominant over their opponents who didn’t create much opportunities. Kompany had been stand out performer so far with 2 goals to spice it up and because of it, his price rose by £0.3m so far. It could go up again considering next three fixtures. Kolarov actually scored same as Kompany, 31 points so far. He is a cheaper option at £5.7m. I was thinking he will lose playing time when Clichy recovers from injury, but with the way he is playing that seems unlikely. At least for next three GWs, which is the scope of this FPL tips article. Sagna is the cheapest way into Man City defence at £5.1, but he should lose his place to Zabaleta soon. Mangala as well, with the arrival of Otamendi. Joe Hart is good choice for the goalkeeper, but equally good options are Romero and Mignolet, and they are considerably cheaper at £5.1m. I actually picked Mignolet as best value FPL goalkeeper in article published 2 weeks before Premier League started. I’m sticking to that choice as he did nothing to reassure me so far. Next three Man City fixtures are:

FPL tip: Crystal Palace away from home is definitely a toughest match for Man City of the three, but clean sheet is a possibility nevertheless. Given the form they are in it seems highly unlikely they will concede in two other home matches. However there are likely changes to be made in their back 4. Otamendi and Zabaleta could get the nod in front of Mangala and Sagna respectively so be careful if you have them on your radar. I would like to see Zabaleta and Otamendi in action before making a decision regarding their involvement in my FPL team. However, I do not expect them to endanger Man City clean sheet potential in the next three matches. Consider Kompany or Kolarov if you can afford them.

Chesea claimed the best defensive record in the last Premier League season as they conceded the least goals. However, that seems like an ancient history now after we witnessed their performances in first three matches. This doesn’t mean they won’t get back on track soon, though. Next match at home against Crystal Palace looks like a decent opportunity to keep it clean. However with the prices of their defenders you might want to look elsewhere. Ivanovic doesn’t look good, just like Terry who is suspended anyway. Until they sort themselves out I wouldn’t recommend their defenders just yet. I actually predicted their defensive woes early in the season in my Chelsea FPL scout article back on July 1, but I didn’t expect them to be that leaky. Next three fixtures look decent though:

These two home games are good chances for clean sheets, but I already have Azpilicueta and I won’t be rushing into getting another one of Chelsea defenders that’s for sure.

FPL tip: Taking Chelsea defenders at this point looks like a risky move but at the same time their next 3 fixtures look somewhat favourable for clean sheet or two. Best advice would be to stand by. If you already have a Chelsea defender (if it is not Terry) don’t sell. If not think twice before getting any of them in. There are better options out there.

Arsenal finally kept a clean sheet in GW3 against Liverpool although they had plenty of luck and vintage Cech on goal. They did it with back-up CB duo of Chambers – Gabriel. Chambers made couple of errors in first half that could have cost Arsenal dearly, and I doubt we’ll be seeing him any time soon as he is 4th choice for CB and 3rd choice for RB. However, Gabriel had great performance and could slide in the first team sooner or later. At £4.9m he’ll be a good pick-up. Until that actually happens, Bellerin or Monreal are best choice for a FPL defender in Arsenal. Koscielny is £0.5m more expensive but so far didn’t seem to be worth it. Arsenal next three fixtures:

FPL tip: Newcastle away and Stoke at home look like a good opportunities for clean sheets. Chelsea away is obviously a challenge, but with Chelsea’s current form anything could happen. Consider getting Bellerin or Monreal in because they are likely to return a clean sheet or two until Chelsea match.

Following is the list of 5 defenders I expect to score the most FPL points in next three gameweeks:

1. Martin Skrtel – this £5.5m Liverpool defender is sure to start and looking to the next three fixtures I expect him to get two clean sheets. He is very determined player that can be dangerous from corner kicks so I expect him to be dangerous in gameweek 5 at Old Trafford. With some luck he could return extra FPL points

2. Aleksandar Kolarov – his fine form was rewarded with a goal in the previous round and I expect him to carry that momentum in next 3 fixtures. Watford at home in gameweek 4 is excellent opportunity for a clean sheet but also an opportunity for an assist maybe. He often participates in attack and extra return is possible.

3. Vincent Kompany – he is placed lower than Kolarov on this list because he is significantly more expensive. He scored two goals so far but you can’t expect him to score a goal as often as that. Two clean sheets are likely in the next 3 gameweeks.

4. Joe Gomez – I am placing young Gomez on the 4th place as he is less likely to score a goal than Skrtel and his starting job is not as secure, but at £4.7m he is the cheapest starter in top 5 Premier League teams.

5. Luke Shaw – he is the least expensive of the three Man Utd starting defenders (not counting Blind as he is OOP) so I am picking him over Smalling and Darmian. 2 clean sheets expected in the next 3 fixtures, although Swansea away and Liverpool at home should be difficult match-ups.

What do you think? Do you feel the same about my top 5 FPL defender tips for the next three gameweeks? Have your say below in the comments section.