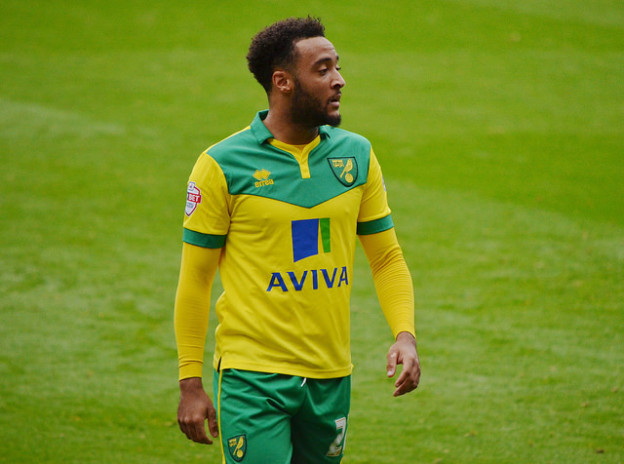 In this fantasy Premier League scout tips for GW8 I will look to advise you on who to transfer in before the deadline. it is some sort of who is hot and who is not article. Hope it will help you make appropriate alternations to your FPL squad. I will provide FPL scout tips based on fixture ease factor combined with current form of players.

Who to transfer in for FPL GW8

Having finally played in the GW7 and keeping a first clean sheet of the season for Crystal Palace, Wayne Hennessey suddenly looks like a great bargain for a FPL GK. He is currently available at £3.9m which is must have if he can keep the starting job. Palace has a good chance of getting at least one clean sheet in next three matches which makes Hennessey a really attractive goalkeeper choice so he is my first GW8 tip. As for defenders in this team, Hangeland at £4.3m looks like an excellent value in short term (until Delaney returns from injury). In longer term you could consider Souare (£4.5m).

Joe Hart should return to City line up in gameweek 8. Considering they play two home matches in a row and looking at their opponents it is very much possible they will be able to keep  a clean sheet in both occasions. This makes Joe Hart a pretty nice GK prospect for GW 8. At the same time Kolarov looks like a best defender option in that span. Kompany is questionable, just like Mangala while Otamendi is more expensive. On the right side of the pitch Sagna could be replaced by Zabaleta.

Watford looked pretty solid at the back so far and they have a good chance of keeping at least one clean sheet in next three gameweeks. They play away against Bournemouth on Saturday. This looks like a decent chance for a clean sheet considering Bournemouth lost their best striker Wilson in last match through injury. Because of it Gomes looks like a decent choice for GW 8 goalkeeper as he is available at just £4.5m. If you are covered at GK position you might want to consider any of £4.5m defender trio of Nyom, Catchart and Prodl.

Considering how poor Sunderland looked so far and at the same time how good West Ham played away form home it is not difficult to imagine Adrian keeping a clean sheet on Saturday. After that West Ham has bit more difficult fixtures but Adrian has still a good chance for keeping at least one clean sheet in next three gameweeks so I see him as a decent GK option.

Alexis Sanchez looks like an obvious choice. Three goals scored in last round are exactly what he needed to wake up from the funk he was in. This match came as a massive reward for his patient owners. Goal and an assist in UCL match shouldn’t hurt his confidence either. He is one of the few fixture-proof FPL players and it was only a matter of time when he starts producing FPL points. Looking at his next three fixtures; Man Utd (H), Watford (A) and Everton (H) I wouldn’t be surprised to see him score in every one of them. He has been transferred in by more than 95000 FPL managers in this round which is the highest amongst midfielders and this number will be much higher until Saturday deadline. Make sure you get him in as well.

Dimitri Payet is second transferred in midfielder so far in this round. This is hardly a surprise considering his fine form lately. He can score and pass the killer ball to his team mates. His counter attacking ability will be very useful in the GW8 when they travel to face struggling Sunderland. Considering how poor Sunderland looked so far, one would expect to see Payet scoring or assisting again. He is actually an excellent FPL captain candidate for GW 8. His next two fixtures after that look promising as well. Crystal Palace (A) and Chelsea (H) are teams that can’t defend particularly well at the moment and we’ve seen how Payet’s pace can be devastating to opposing defenses. Pick him up, you won’t regret it.

If you are in the market for cheaper FPL midfielder you could consider Bakary Sako. He didn’t return anything in the last three gameweeks but he still looks like a better choice from this team than his significantly more expensive team mates Cabaye or Boalsie. Crystal Palace has three nice fixtures in front of them. They welcome WBA and West Ham at home and then travel to play against Leicester City. These are all matches where Palace can score and Sako should get his chances.

Nathan Redmond is an alternative to Sako. He also has a nice fixture in FPL gameweek 8, but also in two matches after that. They play against Leicester at home on Saturday and then Newcastle (A) and WBA (H). What makes Redmond an interesting pick is the fact he has been in pretty nice form so far with 3 goals and assist in 7 matches.

Kevin De Bruyne scored in his last two Premier League matches for City and his next two look really easy on paper. Man City plays against Newcastle and Bournemouth at home. Their form dropped dramatically after a great start to the league. They are still expected to score a lot and record two easy wins. Kevin De Bruyne is definitely a viable candidate for FPL points in those two matches.

Finally for my last GW8 FPL scout tip I would like to recommend Willian. He was in my starting team in GW1, but I sold him when he got injured. He is healthy now and looks in form. He scored against Newcastle in Premier League and tonight again in UCL. Chelsea has kind fixture list with Southampton and Aston Villa at home and West Ham (A) in the next three matches. Southampton and Aston Villa are teams that can’t defend very well and are great opportunities for any of the Chelsea attacking players. However, with Costa suspended, Hazard and Pedro are expected to perform. Willian is a much cheaper option and looks in good form so he could be that differential FPL pick that every FPL manager is looking for.

Ighalo is the bargain FPL forward that keeps on delivering. This Watford forward scored 4 goals so far and is likely to find the net one or two times in the next three fixtures. If you need to free some cash or you need a better third striker in your fantasy Premier League team for GW8, go ahead and pick Ighalo.

Sergio Aguero seriously under performed so far but rest assured he will still be a popular FPL captain pick for GW 8 considering Man City plays Newcastle at home. After that they take on Bournemouth (H) so if you own him don’t be hasty to sell him just yet. If you don’t own him, and you have enough cash, you could consider getting him in as he is too good and he will start delivering soon. What better chance than Newcastle at home, right?

Vardy was one of my FPL captain picks last GW and he delivered. Norwich (A) is also a good chance for him to get something and you could seriously consider getting him.

Pelle was one of my captain suggestions as well for GW7 and he delivered also. He seems to be in fine form and even though Chelsea (A) should be a tricky match I fancy Pelle to get something again. Next 5 gameweeks after that look very promising in general for Southampton so he should be on your FPL watchlist at least.

Lukaku looked unstoppable against WBA and generally looks much better this season. Next two matches are Liverpool and Man Utd at home. These are actually very good chances for him to score as Liverpool is a fierce rival that looks very shaky at the back. Motivation will be sky high in this one for Everton. Man Utd has problems in defence with plenty of players sidelined. Everton will likely score in that match as well.

In this FPL scout article I presented midterm value fantasy players that should start returning FPL points straight away in the following gameweek. These players are picked considering their next three fixtures combined with current form. What do you think? What are the players that you expect to thrive from now on? Have your say in the comments below and if you like this article please share with FPL community. Also, don’t forget to check my GW8 FPL captain tips. Best of luck in FPL GW8!