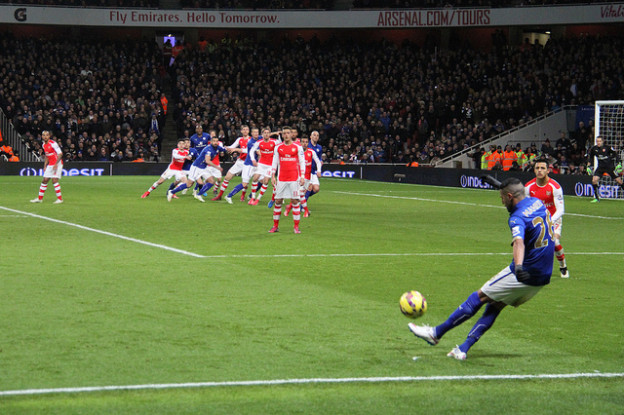 FPL is finally back after international break which means Friday night is reserved for contemplating about FPL captain picks. In this post I will examine which players are good candidates for FPL GW5 captain. There are no obvious picks because of the above mentioned international break, but high profile players like Aguero, Sanchez or Hazard have not played on high level so far which makes your decision really hard. Following is my list of 5 players that I expect to deliver FPL points in gameweek 5 which makes them interesting FPL captain picks.

First match will be played in Liverpool, where Everton welcomes Chelsea in what promises to be an intriguing game. Last season Chelsea made an impact winning 6-3 but something like that should be hard to repeat. Considering how Chelsea looks defensively they just might concede 3 goals but it would be hard for them to repeat 6 goal performance considering how bad they looked so far. However one player stands out – newcomer Pedro. He started his Blues career in an impressive manner and is already highest scoring Chelsea player in fantasy Premier League game after only two matches played. I can see him continuing his fine form tomorrow. Other Chelsea player that could score is Diego Costa, but Pedro has more assist potential and his goals are returning more points due to the fact he is a midfielder. This is the reason I would recommend him over Costa. Lukaku will look to score against his former team as well. He has been in fine form so far and is definitely one to consider. However, Chelsea has been looking very shaky at the back and because of that I expect them to pay special attention to Lukaku and for that reason I believe Pedro has the best chance to be a highest scoring player in this particular match.

Sanchez did nothing so far in terms of FPL points returned and because of that it is hard to trust him with the armband for gameweek 5. Having said that, he is still a very explosive player that can exploit weaknesses of Arsenal’s opponent. They play against Stoke at home – team that looked really bad when it comes to defending. They are yet to keep a clean sheet and it is unlikely they’ll manage to do that in gameweek 5. Sanchez should be able to find himself in a good chance to score couple of times throughout the match. He had his chances so far in almost every single game but hopefully he won’t be so forgiving this time. I would also consider Chamberlain due to his pace or maybe Ozil because of his passing ability, but this match seems like a perfect chance for Alexis to finally score.

With Januzaj away to Dortmund, Mata is actually only Man Utd player that scored a goal in this season. He does look like a most dangerous man in the United team with Rooney having trouble scoring in Premier League, just like Depay. I believe he’ll be a handful for Liverpool defence tomorrow. Liverpool is without their captain and also main creative weapon – Coutinho. They will likely decide to defend so Mata will be the one trying a way to unlock their defence. he has the ability to assist and score which makes him a very interesting FPL captain pick. Benteke should pose as a biggest threat on the other side, but without proper support from his midfield he could struggle to get into good chances.

Aguero has been very disappointing so far for his FPL owners as a lot of them captained him in the last two gameweeks following a very inspired performance in a win over Chelsea. I was one of them but Aguero is still a very talented player that can score in numbers. With Silva injured and unavailable for the next game, Sergio should get even more responsibility. There are other interesting options in Man City team like Sterling or Toure and even new signing De Bruyne, but Aguero is proven FPL player and I would recommend him as an option for FPL captain in GW5.

And finally for my last FPL captain tip for GW5 I am picking Mahrez. He is actually second best in points scored just behind Kolarov who managed a point more so far. But considering Mahrez only played one half in the last match that is truly amazing. Granted Leicester had a really nice fixture list so far and it is expected that his form will go down eventually. But Aston Villa at home is actually really nice opportunity for him to score. He is a bit of a gamble as he is not really a world class player like the FPL picks discussed above. Nevertheless I transferred him into my team expecting a good game from him so I am going to include him in my top 5 FPL captain picks for GW5 as well.