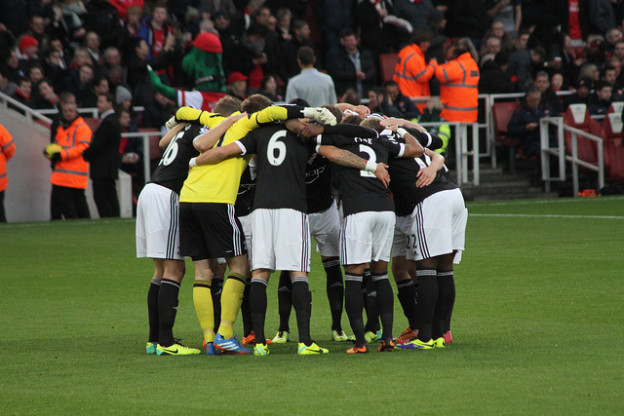 In this early GW 9 tips FPL scout report I will suggest players that you should consider for the following game week. It is still plenty of time left considering there is an international break during this week, but it makes sense to start the preparations early. Before we do, let’s start with a GW 8 recap.

Week 8 was a very successful one for lot of FPL managers out there with elite players Aguero and Sanchez delivering. At the same time Payet, Pelle Lukaku and Vardy didn’t disappoint either. No wonder that plenty of mangers recorded over 100 FPL points. Ones that captained or even triple captained Aguero had every reason to be happy with Argentinian striker netting not one, not two but five goals in a 6-1 win over Newcastle. He spent only 65 minutes for that endeavour though. That probably gives a lot of stress for every one of his non-owners. This is why Sergio is now priced at £13.3m which makes him increasingly hard to purchase. Same goes for Sanchez whose value is on the rise as well. If you don’t have any of the two, make sure you start planning the strategy for transferring them in as soon as possible. Here are some other players that impressed in the previous GW.

Crystal Palace was one of the 3 teams that kept clean sheets in GW 8. It was actually second clean sheet for Palace in a row and in total as well. It coincided with Hennessey replacing McCarthy on goal in GW 7 so he is unlikely to give way soon. At £3.9m he is an absolute steal despite a bit harder GW9 fixture. Palace welcomes great counter attacking team of West Ham so clean sheet might be in danger, but if you need to free some cash you should consider getting Hennessey. Crystal Palace also has pretty cheap defenders and you might consider getting one of them as an alternative. All of them are safe to start, but make sure Delaney and Ward are declared fit before you make a final decision.

If you are on the market for Crystal Palace midfielder Bolasie and Cabaye are the ones that stand out the most following their last match performance. Sako was my tip in the FPL scout tips gameweek 8 article, but he was unused substitute so his status is uncertain for the following game week.

WBA defensive coverage is a must

WBA didn’t impress in a loss to Crystal Palace, but they have much more favourable match up in game week 9. They welcome struggling Sunderland. However, at this point two things are uncertain. Firstly, their CB duo is not 100% safe to start at this point which compromises their clean sheet potential. Second, Sunderland is currently without manager. Nevertheless, Myhill is a good GK choice for your team and Dawson does look like a decent defender option at £5.0m. WBA is a disciplined team and they have been usually very tight at the back against weaker teams in Premier League. Morrison is a decent budget-friendly midfielder but he is also questionable to start in GW9. Berahino could score but at the similar price there are better options out there.

Chelsea just keeps on disappointing. Home loss to Southampton didn’t really come as a surprise but it is still a strong signal to transfer out any of their defenders you have in your fantasy Premier League team. Having said that, Aston Villa match in GW 9 does seem like a great opportunity to keep a clean sheet. I have Azpilicueta in my team and I will likely give him one more chance, but if you are looking to use your free transfer to transfer in a defender for GW9, you should look elsewhere. Is there any value at all in Chelsea team at this point? Well not really. Maybe Asmir Begovic due to his bargain price. Hazard is just overpriced for what he showed so far. Pedro had a promising start in Blues’ shirt, but has faded since. Willian is actually in best form at the moment, but I doubt it will last for long and I wouldn’t recommend him. Costa should return to line-up following a suspension, but he didn’t impress so far. On top of that, if you have Aguero and Sanchez or KDB in your team, you probably can’t fit him in anyway. He is likely to score against a really poor Aston Villa defence, but until he shows last season’s consistency I wouldn’t rush him in.

Southampton players have a lot of FPL value

Mahrez was rested in a win against Norwich, but Vardy kept on his amazing goalscoring run. He could outscore Mahrez soon enough, but Leicester has a difficult fixture in game week 9. They travel to face a very confident side of Southampton. This team struggled from the start due to the fact they were seriously weakened in defence when compared to last Premier League season. Slowly but surely they are getting there, though. With Bertrand returning from injury and signing van Dijk to partner Fonte at CB position their defence looks more confident. Due to the more affordable price I would recommend getting in Cedric, priced at £5.0m if you are looking for a defender. He could return FPL points straight away in GW 9 but Southampton has excellent fixtures in game weeks 11, 12, 13 and 15 as well. For the same reason Tadic and especially Mane have a lot of appeal if you are looking to get a reliable midfielder in a long term. For now best pick from Southampton team is definitely their main forward, Pelle. The Italian was in excellent form lately, returning 13, 8 and 14 FPL points in last three gameweeks respectively. Get him in soon.

Newcastle got trashed against Man City with an excellent performance from Aguero. However, Kevin De Bruyne had a notifiable performance as well. He scored in third straight game for Man City. Next fixture is a favourable one as well. Bournemouth at home is excellent opportunity for Aguero, KDB and Silva to return bunch of FPL points. Newcastle on the other hand looked really poor in the second half and it is hard to recommend any of their players considering the form they were in so far. However, Newcastle has pretty nice set of fixtures in the next five game weeks. Next game is Norwich (H) and it is a chance for guys like Wijnaldum and Ayoze Perez to score. It is hard to expect them to keep a clean sheet considering they only managed to do it once so far but this looks like a good chance to do it. If Janmaat recovers, he could be a nice player to own. He offers a goalscoring threat as well.

Time to get some of the Swansea’s attacking talent

Last match of the week will be Swansea v Stoke on Monday night. Swansea has a good chance to finally win a game after failing to do that four times in a row. Stoke is not the kind of team they were under the management of Tony Pulis. They are conceding goals much more frequently these days. They did manage to keep a clean sheet for the first time so far in an away win at Aston Villa, but Swansea will be a much tougher challenge. Welsh team has plenty of goalscoring talent and Ayew sticks out the most, but I wouldn’t rule out Gomis either. He was on fire, scoring a goal per game in first four gameweeks, but had gone silent ever since. Nevertheless, this is a good chance for him to get back on track. Actually next two games are really good chances for him to score so you might want to consider him.

Considering all of the above and with fixtures in mind following is the table containing early GW 9 tips for your fantasy Premier League team.

Do you agree with our early GW 9 tips? Who do you expect to perform in the following couple of game weeks? Please let us know in the comments below.