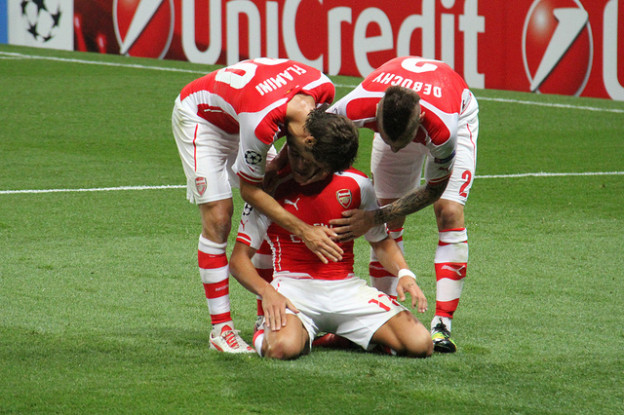 Every FPL manager faces a difficult decision every Friday night or Saturday morning when it is a time to pick FPL captain for the following gameweek. This week won’t be an exception, so I compiled my list of top 5 GW8 FPL captain picks to help you decide. Last round was a success for me as four out of five players I recommended duly delivered. I chose to ignore high profile players like Aguero, Hazard and Sanchez, but can they be ignored again? Following is my list of players that you should consider for FPL GW8 captain.

Sanchez is a brilliant player. He was in my FPL captain articles often so far, but not last round, unfortunately. He scored 3 goals in a win over Leicester. Those were his first goals of the season. He went on to score once more in the UCL game on Tuesday with an assist under his belt as well. This is a good indicator that he is back and he should be definitely considered as a prime FPL captain candidate for GW8. Arsenal plays against Man Utd at home and it is actually a nice opportunity for a player of Alexis’ caliber to score. It is worth mentioning that Man Utd is having problems in the defence with the absences of Shaw and Rojo, and even Valencia isn’t 100% at this point.

For my second FPL captain tip for GW8 I am suggesting Sergio Aguero. He too, just like Sanchez was a popular pick so far but he wasn’t delivering. Nevertheless, this is actually an excellent opportunity for him. Man City plays against Newcastle at home and they usually had no problems at all facing the Magpies. Aguero has a good goal scoring record against them. He scored last night in a rare man City UCL win and this is something that should give him confidence. Man City is a team filled with a lot of attacking talent, but on his day Aguero is the best striker in Premier League by far. Other good options from this team are Silva and De Bruyne. This time I am going to trust Sergio as Silva just got back from injury and De Bruyne is not a proven FPL player yet.

Mahrez is a fantasy beast this season

Third FPL GW8 captain pick from me is the most owned player in the game at the moment – Riyad Mahrez. There is an obvious reason behind that fact and it is a fantastic form this Leicester City midfielder was in from the start of the season. 60 FPl points so far is an impressive record. I actually recommended his team mate Vardy for a captain in GW7 but this time it is time to give armband to Mahrez. Vardy’s quick feet exploited Arsenal’s defence and overall attacking mindset. This time, however Leicester travels to play against Norwich. This team has a very different football philosophy and I suspect that Vardy could face problems finding pockets of space to move into. I expect Mahrez to pull the strings for Leicester in this one. He has assist potential as well as scoring. He is on penalties also. With a high ownership like that, you really should try hard to find a good reason not to captain him.

Even more so when you check the fixture list. Payet is in a great form and he really helped a lot in West Ham’s brilliant away performances. His passing is excellent and he can outrun most of defenders, so when you realize West Ham travels to play against Sunderland you must feel good about having him in your team. This makes him one of the best GW8 FPL captain picks out there. Sunderland defence was shocking in most matches so far and West Ham has what it takes to exploit their mistakes. Payet averaged almost 10 points per game in his last three matches which makes him an excellent candidate for an FPL captain this gameweek.

This week my differential FPL captain pick will be Liverpool player again. Last week I tipped Ings, but this time I recommend Coutinho. This Brazilian wizard knows how to play football and he is especially capable of putting his strikers in good goal scoring chances. Sturridge is finally back and he already scored 2 goals, both in last match. However he could need some more time to get in the optimal form. Coutinho will feed him and Ings with quality balls in a Merseyside derby on Sunday. This is an excellent chance for struggling Liverpool and Brendan Rodgers to make a statement and give their fans some joy. Everton won their last match against WBA but they scored two suspicious goals in the process. Also, Martinez has a lot of injury problems especially in defence where only Phil Jagielka is fully fit and ready. Nevertheless, they will look to win this match in front of their fans. They will push forward and leave some space for Liverpool’s counter attacks. This is where Coutinho thrives and I expect him to have a good game. He is my differential FPL captain pick because I doubt he will be given an armband by a lot of managers despite his relatively high ownership of 15.3%.

There are plenty of FPL captain candidates for this gameweek but in this article I presented five of them I really expect to deliver. There are other interesting in-form players that I overlooked. Mata is one of them. Spaniard is hot lately but I feel he won’t get many chances to shine against Arsenal. Wenger is under a lot of pressure following UCL disaster and I can see Arsenal raising their game. This is why I picked Sanchez as a most likely player to return FPL points. Lukaku scored twice in the last match, but he has been hot and cold so far and I decided to ignore him in a local derby. Sturridge scored two goals as well but as a result he will be watched closely by Everton defence. He might need some more time to reach optimal form. Hazard keeps disappointing so I am reluctant to suggest him as a good captain option. Chelsea plays against Southampton that looks better defensively lately.

What do you guys think? Do you agree with my FPL captain list? Who are you planning to pick? Please let me know in comments below. As always I wish everyone best of luck. In case you want some more tips please read my earlier article FPL scout tips gameweek 8.