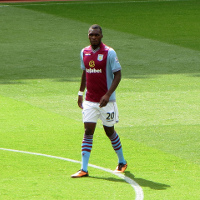 Welcome to our Fantasy Premier League captain analysis GW12 article where we present our picks for FPL captain in the following gameweek. There are a couple of interesting matches this week from captain perspective and let’s start with our best pick.

I will go ahead and put Mahrez on top of my FPL captain for the GW12 list. You got to love this guy. He is coming from a 2 goal performance and he is definitely going to be a popular GW12 captain pick. Just like his team mate Vardy. But I do believe Mahrez has more potential. He offers a more assisting threat and his goals are valued with a point more as he is a midfielder. Leicester plays at home against Watford so there is also a clean sheet potential. Mahrez and Vardy are doing it all for high-flying Foxes, but considering Mahrez has more versatility in terms of possible point return and a bit higher ownership he looks like a better choice of the two.

Other FPL captain tips in gameweek 12

Next player on my list is Christian Benteke. I already mentioned him as a captain candidate in my earlier GW12 article. He scored two goals in a row following his return from injury. He only played a total of 72 minutes in those two matches which says a lot. Benteke should start in a home match against Crystal Palace and get more minutes. He was overlooked at Chelsea as Klopp fielded quick and mobile starting 11 that worked well. Klopp will need Benteke’s physical presence to break down Crystal Palace, but this team often allows goals and I do believe Benteke is up for a good game. Coutinho scored two against Chelsea and was rested in EL match, but he is still inconsistent to be trusted with an armband.

Arsenal was outclassed in a UCL loss at Bayern and the best way to erase that would be a win over their local rivals Tottenham. Arsenal has the habit of raising their game in such encounters, especially at home and I do expect them to shine. Sanchez is the best pick if you ask me. I picked him last week as well and he didn’t deliver, but his class will be needed here. Ozil outshined him in most recent matches, but he rarely scores. Giroud scored three in a row, but he doesn’t do anything else and rarely gets bonus FPL points. Go ahead and put some faith in Alexis once again as he could return a big batch of points. On his day, he is extremely deadly and can score 2 or 3 goals as opposed to Ozil or Giroud.

Payet is frequently featured in my FPL captain tips articles and there is strong reason for that. He is the best player in his team and has both assisting and goalscoring potential. A home game against Everton is a good chance for him to score. Everton has problems in defence and an agile player like Payet will know how to exploit any mistake Toffees should make.

On the other hand, you can trust Lukaku to score as well. He looked great in a huge win over Sunderland and yet Kone was the highest scoring player. Lukaku still has more potential in a game like this where his strength and pace could translate in a lot of FPL points.

Finally for my last tip in this Fantasy Premier League captain analysis GW12 I will recommend Graziano Pelle. He scored in his last match and looked really good in the process. Sunderland is a weak team and Southampton will very much be interested in winning. Pelle should be their go-to-guy and a very likely scorer.

Following is the list of players that are maybe flying a bit under the radar when it comes to choosing FPL captain, but they can all be nice differentials in gameweek 12. First one is Mata. He was very quiet in each of his last 4 Premier League matches, but his creativity could be a key to victory against WBA. He should step up, but it is hard to captain him considering his recent form. This makes him a nice differential in the following gameweek.

Nathan Redmond is the best player in Norwich, but few will look to captain him considering poor form his team happens to be at the moment. Nevertheless, Swansea concedes goals away from home and Redmond will look to score his 5th goal of the season. Andre Ayew could be the best signing of the season, at least based on his performances so far. He will look to score against Norwich and not many of FPL managers will choose to captain him because of other more popular options.

Finally, a player with lowest ownership on this list – Matt Ritchie. His price dropped a lot as he failed to justify pre-season expectations, but his next match is Newcastle (H). That means there are plenty of reasons to like his chances.

Who do you think will be GW12 best performer? Let us know in comments below and as allways we wish you green arrows in following gameweek.