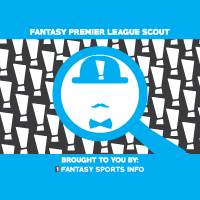 Following is the FPL scout report for a couple of games played in GW14. This report can help you create your FPL gameweek 15 watchlists. If you didn’t watch games I reflected on, use these tips and start preparing right now to get some green arrows next week.

MCIvSOU – Manchester City bounced back with a good performance

We are starting this FPL scout report at Etihad where Manchester City desperately needed a victory over Southampton. They did deliver with Kevin De Bruyne doing everything, scoring and assisting. After a couple of uninspiring gameweeks in a row, he has FPL value again. His next two fixtures look good on paper. In Gameweek 15 City travels to face Stoke City, the team that lost a match against Sunderland today. Their influential defender Shawcross earned a suspension as he was booked twice. This could make things lot easier for Man City. Kevin De Bruyne should be their main man with Aguero limping off after 63 minutes of football. His status is uncertain at this point, but if he does feature in Stoke game, I wouldn’t expect much from him. He looked short of breath today.

Elsewhere, Sterling tortured Yoshida but he has been inconsistent to justify his price. Same goes for Toure. Delph scored a goal but doesn’t have much fantasy appeal at this point despite his low price. Silva was introduced late in the game following his month-long absence and he is likely to start next match. That means Toure will slide into Delph’s position. Kolarov scored a goal today as well, but without Kompany, City is conceding goals often. If you can’t spare cash to get Kolarov, you can consider Sagna as a cheaper alternative, but he has much less attacking potential. Caballero looked decent on the goal, but Hart is expected to return soon enough.

Southampton started the game poor, but they recovered in the second half. That coincided with the introduction of Tadic instead of defensive minded Romeu. Long scored a goal for Southampton, but he will likely be benched when Pelle returns from suspension for GW15. Mane was active, though. He could return plenty of FPL points in a home match against Aston Villa. Southampton will look to erase two-game losing streak so Mane and Pelle are expected to do a good job. Both are good buys in daily fantasy leagues for next round – FPL GW15. Davis could be a differential pick as he is playing high up the pitch. He doesn’t have the ability to score on a regular basis but holds much more fantasy value than Wanyama for example.

When it comes to defence, I would single out Bertrand as the best option. He is often found high up the pitch trying to make a good cross. On the other side of the pitch, Soares lost value as he is uncertain to start. Yoshida started today but had fairly poor performance. Van Dyke and Fonte are a solid pair of CB’s, but you can find cheaper options elsewhere. With Aston Villa in town, however, they do have some daily fantasy appeal.

Leicester started the match confident which resulted in taking the lead. Vardy escaped to net one in past De Gea. He scored in 11 consecutive matches now. However, Leicester has 5 difficult fixtures in a row starting next gameweek. They have two home matches in that span; against Chelsea and Man City. This doesn’t look promising so I wouldn’t blame you if you are actually considering dropping Vardy. Mahrez blanked, but if Ulloa had converted his nice pass in the second half, things would have been much different. Mahrez still looks like a great FPL midfielder option for that kind of price. Ulloa found himself in a couple of nice opportunities to score and he could be a good addition to your daily fantasy team. Morgan and Simpson are cheap starting defensive options.

Man Utd had plenty of injured players for this match, so Van Gaal had a difficult task of fielding a decent line-up. McNair played full 90 minutes, but he is unlikely to keep it going when Rojo and Jones recover. Smalling is the only defender who is safe to start here. Blind returned 5 points courtesy of his assist and is really the shame that he is listed as a midfielder. Otherwise, he would have a lot of value. Mata, Rooney and Martial all had bad performances. Rooney probably won’t have any value this season at all, but Mata could be a nice daily fantasy option and mid-term FPL gold considering Man Utd has an easy schedule in next three gameweeks. Schweinsteiger scored, and he put himself on the map following an assist in the last round.

Tottenham was expected to win this London derby. They were in a better form coming into this game. However, Mourinho didn’t want to lose this match. He came for the draw and he took it. Tottenham created a couple of good chances. Kane failed to score, but he looked good overall. He is still the player to own. He will be extremely popular FPL captain pick when Newcastle comes to White Hart Lane in gameweek 16. Son had couple of good chances to score, but he blew them all. At his price, you can find better forwards elsewhere. Dembele had a good game, but failed to translate that in noticeable FPL return. That pretty much sums up his season. He is affordable at £5.3m, but he only has daily fantasy appeal. Eriksen was active. I suggested him as a captain in this gameweek over Kane. He did return 2 points more, but not enough to declare it a good pick. He is also very inconsistent.

Spurs’ defence looked solid, though. This means all their defenders, including Lloris, have a lot of Fantasy Premier League appeal. Dier is playing as a midfielder which makes him appealing. Alderweireled is having a great season. Walker and Rose offer some attacking potential.

Chelsea had a solid game. Like I said above, Mourinho knew exactly what he wanted and he took it. This performance could be a sign of better days for Chelsea. They have three home matches in next four gameweeks against winnable opponents. This is a good time to get some of their players in. Bournemouth (H) in gameweek 15 is a great chance to keep a clean sheet and score couple of goals.  If you kept some of their defenders in your FPL team feel free to hold on to them. Ivanovic still has ownership of 7.2% despite his horrible start to the season. He managed to connect two solid performances and he actually has FPL value again. He is a bit pricey, but I believe he is worth it for now considering he can contribute in attack as well.

Hazard showed a couple of good moves, but it could still be early to trust him again. Having said that, he does seem most likely to return FPL points in this span of favourable fixtures. Willian is probably best Chelsea player so far, but unfortunately he doesn’t deliver constantly. Just like Pedro. These two players were my GW13 sleeper picks, but neither made an impact as I expected so far.

How about Diego Costa? Not much to report in this FPL scout post as he was left on the bench against Spurs, but I believe it was due to the tactical reasons. He will likely start against Bournemouth and has plenty of appeal in daily fantasy leagues.

Getting ready for gameweek 15? Don’t miss our captaincy tips article that will be published on Thursday evening. Until then, I hope you found this FPL scout report from GW14 useful. I’ve seen some positive development in Chelsea team. Maybe good captain candidate hides in their team. Kevin De Bruyne starred for Man City, does he have what it takes to carry that form into a Stoke game. We’ll know more after Cup game on Tuesday. Can Vardy continue his goalscoring form? We will have a very entertaining FPL gameweek 15 that is for sure!