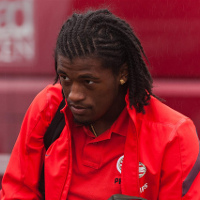 With Aguero awaiting a comeback from injury, FPL managers are looking to bring him back into their respective squads. For this, a budget would be the main concern if you want to avoid point hits. So, it makes sense to bring in a differential midfielder for the budget friendly but injured Payet who is owned by 29.3 % of managers. In this article, I present you top 5 FPL replacements to Dimitri Payet. Look out for injuries too during the International break.

The 25-point star is owned by only just around 8.3% of FPL managers. With the good mix of tricky fixtures in the upcoming gameweeks, he would be a good buy for the team costing just 7.0. He has scored amazingly 66 points in just 12 games, minimum of 5 points per game. With just 10 points in 12 games, Newcastle would like to move upwards on the table with the help of the in-form Wijnaldum.

Selected by just 7.8% players, Southampton fixtures look much easier on paper except for the away match against Manchester City. With two assists and a goal under his name in last 5 gameweeks, he would be looking to carry his form for the upcoming gameweeks. He is predicted to score 20 points in the next 5 game weeks. Southampton would be happy to carry on their current form – 3 wins and 2 2 draws in the last 5 games.

Crystal Palace is playing their next two games at home, opponents being Sunderland and Newcastle. These poor defending opponents will have the tough time to cope up with Cabaye’s free kicks. He is also a penalty taker for the team which makes the managers prefer him at the moment.

Lanzini had scored two goals and assisted once in the last 5 gameweeks and moved into double digits score twice in five gameweeks. West Ham would be taking on some good defending teams as the likes of Spurs, United and Swansea. West Ham would be relying a lot on him to perform the role of injured Payet.

Everton’s in-form player scored a goal and assisted 4 times in the last 3 games. Everton has pretty easy fixtures coming up in the next five gameweeks, home games against Aston Villa, Crystal Palace and Leicester and away games against Bournemouth and Norwich. Everton to score 10 goals in the next five gameweeks and managers are expecting a brace or more from this player.

There you have it, guys, this was Top 5 FPL replacements to Dimitri Payet brought to you by our guest Kaarthik. He recommends 5 budget friendly FPL midfielders that are in good form and with the good set of fixtures ahead. The list was conducted with the notion of bringing back Aguero in the near future which should be easier to do if you get some extra cash by selling injured Payet. Hope you liked the article and found it useful. If you have any suggestions please comment below and tell us who did you end up choosing for Payet replacement.