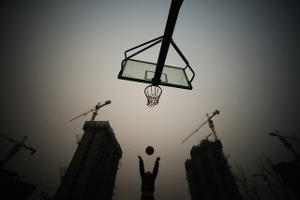 Besides looking for players with favourable matchups and low prices, Euroleague Fantasy Challenge is also about picking up players from high tempo and high scoring games. This is what I am looking for in this week’s article: Euroleague Fantasy Challenge tips for round 8. To get a clearer picture of what I’m saying, you should compare the player PIR’s from the game in Milano and at Darussafaka. I was considering some other players from Milano last week but eventually got only Barac.

So this week we will be narrowing our choices to just a few games. For example the game on Sardegna this week looks ideal for adding players into your Euroleague Fantasy Challenge teams. Both of the  teams involved, like to play fast and are pretty much offensive minded. Besides, both have new coaches and I particularly like the way Sassari looks after their  change on the bench.  There are a lot of players to consider from that team. For example Stipcevic, who has been given a much bigger role on the team by the new coach Marco Calvani. Or David Logan who is pretty cheap at the moment. Still, I’m not reaching for either of  those two, because I have other two guys on the Sardinian team on my radar. All that and much more in our search of:

Sergio Llull: Real is in a tough situation, the toughest one in the last few years. The reigning European basketball champion is facing elimination as early as the regular season. They are on full alert and they will need their best players to step up. Llull has been the “go to guy” in some of the toughest situations this season much like last season. With Rudy Fernandez being out with a back injury Llull’s  role and responsibilities on the team grow even bigger. I expect him to play close to 40 minutes in this game. He has the size and physical advantage in general on almost any PG in the Euroleague. I expect him to utilise it maximally against undersized Boby Dixon and Berk Ugurlu. Real is playing at home in a must win situation, for 53.8 credits Llull should be one of the best choices when it comes to Euroleague PG’s this week for fantasy.

Mantas Kalnietis: I was looking for the second PG to suggest, so I scrolled down to the cheap ones after not liking what I was seeing among the “pricey” ones. Just when I was ready to scroll back up, I saw that Mantas Kalnietis was available for as low as 18 credits. Then I said to myself: “No matter how mediocre or bad his performances were so far, he is worth picking up for such price before a home game against Karsiyaka. This is rather an important game for the Lithuanians. Kalnietis should be participating for about 30 minutes once again. Karsiyaka’s defense is not all that strong. I see Kalnietis scoring some points, dishing out a few assists and grabbing a few rebounds as well. All in all having a solid performance or even a very good one considering the Euroleague fantasy price.

Luigi Datome: It seems that Trey Thompkins and Rudy Fernandez are injured. This means that players who could have defended Datome as a PF, as well as SF, are out for the game against Fenerbahce. Real’s defense was never that good to begin with, but now with these two out I see a lot of room for Datome to shine. What I like about Datome in this spot beside the injured players on Real’s team is the fact that he gets very fired up for big games. I like that characteristic on a player in general and it forces me to reach for the captain of the Azzurri once again for Euroleague Fantasy Challenge tips round 8.

Christian Eyenga: Eyenga is one of my favourite players in Europe and I think this is just the time to get him. Sassari looks to be reborn under coach Calvani’s guidance. It seems the player were playing under some kind of a blockage under coach Sachetti. Now they look as they have been unleashed and I like having guys like that on my side. Sassari is playing at home, where they have always been performing much better and won’t be hesitating to get me some of their “go to guys”. Eyenga is a guy who likes to do a little bit of everything on the court and I think he could have a great game against Maccabi. The Israeli powerhouse has also changed their coach lately, but It seems to me that the will be needing much more time to improve. Their defense still looks a little bit confused in some parts of the game and I think Eyenga’s energy could be too much for them to handle.

K.C. Rivers: There is a big disproportion between this guy’s performances in the domestic league and the Euroleague. Well, Strasbourg is a team that is not much better than the ones he has been going up against in the BBL, so I’m hoping to get some of Rivers from the Bundesliga.  If the game in France should indeed be a high scoring one. I’m hoping to see good things from Rivers for a small price of 27 credits.

Mardy Collins: Well there is also a chance that this game between  Strasburg and Bayern turns out to be a tough one, because of its importance. Still, I’m going for another player from this matchup. His name is Mardy Collins and I expect him to step up for the French team in this one. He has got the experience and enough playing time to bring you a lot of points for a reasonable price of just 37 credits.

Tornike Shengelia: Shengelia was playing  well on the Eurobasket for Georgia this summer. Unfortunately he suffered an injury at the start of the season with Laboral. He came back into action last week, but I believe  it is not too soon to add him to your Euroleague fantasy team.  Players who prepare themselves well for the upcoming season, have been known to get back to their great performances immediately after coming off of an injury. Shengelia looked pretty good on the floor before he got injured I think he won’t be needing much time to get back in shape. I like Shengelia before a home game against Limoges.

Trevor Mbakwe: Despite the fact Maccabi is struggling while Sassari is looking much better with Calvani on the bench, a big man who is playing against Sassari is a must have, especially for such a small price. Mbakwe usually does either great or very bad, I’m hoping for a great one this week.

Quincy Miller: If you already have him, good for you, If you don’t, go ahead and get him. His numbers are amazing and his price is ridiculously low. In case you are sceptical about whether he is able to continue producing on this level, all I can say to you that this is not the time to be cutting him lose or to be hesitating in buying him. Why? Because if there is a time he will be stopped I doubt it will be by Khimki’s defense. Zvezda is playing at home against the Russian team that plays questionable defense and I expect Miller to keep on rolling.

Brent Petway: His current price is way below his possibilities and his role on the team. Sassari has changed their coach and immediately got an amazing feedback from the players. They played a great game on one of the toughest trips thre is, the one in Moscow against CSKA. Their ex choach Romeo Sachetti has done some great things with this team in the past, but lately his system was not functioning. The moment he left and Marco Calvani took over, the team looked much more aggressive and in sync. Calvani has also changed the rotation a little bit and the players from whom I expected the most on this team are starting to look much better. Petway is one of them.

There you go guys. This was mine top 10 Euroleague Fantasy suggestions for round 8. I hope you liked my tips, if you did please share on social media, if not please tell me what you think in the comments below. As always, all the best in the Euroleague Fantasy Challenge, round 8, but please also check the latest Euroleague news before making changes in your team.