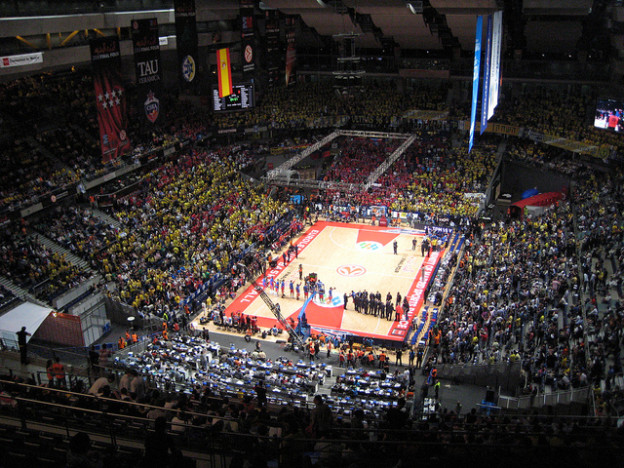 After a one-week break from Euroleague basketball, we are back this week with the first round of the top 16 phase. This is our new Euroleague Fantasy Challenge Top 16 Round 1 article. Bare in mind that the games will be played on Tuesday and Wednesday this week due to New year’s eve. We are once again presenting you with 10 players that you should consider adding to your fantasy team. There are 8 teams less to choose from now, but there are still plenty of good choices and undervalued players to go for. At the start of the top 16, we particularly like a few players that will be facing their former teams as well as some that are playing their former arch nemesis. Stay with us and find out which Homecomers do we like in our article.

James Gist: Certainly one of the best players of Panathinaikos this year, but also a former player of Fenerbahce.  gist has been playing very good this season and it if it wasn’t for his injury he would most probably be on of the most expensive players in the big man section. The player in a good shape plus a game against his old team has worked very good for me in the past. 57 credits for Gist if you like this homecomer.

Milos Teodosic: Probably the best PG in Europe at the moment stands at only 68.4 credits. He and his CSKA team will be paying a visit to their neighbours Khimki Moscow this week. I expect to see a very fast game In Russia this round. I reckon it will be a proper VTB league game. VTB games often end up with more than 160 points scored and there is a lot of room for big PIRs’s in that kind of games. This could be Teodosic’s lowest price of the season and it’s a great time to be getting him. Teodosic in an up-tempo game for such a price is “must” if you ask me.

Dontaye Draper: Our first “homecomer” Is D.D. He will be returning to Zagreb to play his former team Cedevita. Draper played great basketball when he was a member of Cedevita which also made him a member of the Croatian national team.

Martynas Pocius: Reinaldas Seibutis still seems to be out and as long as that is the case Pocius should be the best choice among the lowest priced players. His price is pretty much ridiculous compared to his talent and experience. He still has got enough power within him to put up ver good numbers. He was struggling during the regular season and was just getting back into the rotation, but now he seems ready. Definitely worth considering for only 11.6 credits.

Jeffery Taylor: Probably the most undervalued player there is at the moment. His current shape is at a satisfying level and he is currently  one of the best players of “Los Blancos. Real brought back K.C. Rivers a few days ago, but Sergio Llull also got injured in the game against Barcelona, so I’m not concerned about Taylor’s playing time. His biggest flaw is his outside shooting, but he is one of the most physical players on his team and his athleticism is what get’s him a lot of playing time. Even though he is not a god shooter his two late three-pointers sparked Real’s comeback in the 4th quarter against Barcelona. Real will be playing Brose Baskets this week and I expect Taylor as one of the fittest players of Madrid to step up. For 20 credits Taylor should be considered a steal.

Kostas Sloukas: An ex Olympiacos guard will be welcoming PAO at his new house in Istanbul his week. You are probably already guessing that I’m using my old method of picking  a player with an “extra motive”. 42 credits for a player that could get vengeful is not too much. I hope Sloukas does not let me down.

Alexey Shved: Shved has started showing his NBA quality and class at the end o the regular season when he put up big numbers especially in the points section. This is a big game and Shved should have the ball in his hands a lot. What will he do with it and will he be assigned a special guard by coach  It remains to be seen. In any case, Shved has been playing well lately and I don’t see him being overpriced at 62 credits. Oh yea, another think he is an ex CSKA player too.

Justin Doelman: Peace and friendship hall is certainly one of the toughest places to be playing at. The games there are often very tough and low scoring, especially when big teams are visiting. Still, Doelman is definitely on of the go-to guys for Barcelona and I expect him to be one of the leading scorers  for the Spanish powerhouse in such an important game. He had a very good game against Real on Sunday against real in Madrid and I don’t expect anything less from him tomorrow. At 38.7  credits Doelman is a bargain.

Anthony Randolph: I always like having an athletic and powerful PF when his team is playing Cedevita. So when I saw that I could get Anthony Randolph for only 44 credits, I did not stop to think even for a minute. When he is at a  100%, I consider him to be one of the best PF’s  in Europe at the moment. He had some  injury problems, but he seems to be ok now. He played the last two games in the VTB league. I’m going for Randolph while his price is still small and what better opportunity to get him, but before a game against Cedevita.

Felipe Reyes: Real was playing below their level at the start of the regular season and it almost caused them to be eliminated. But they have raised the level of their game lately and I expect them to take this game very seriously. Brose is no longer a surprise as they have shown that they could perform at a high level constantly. I also expect a reaction from Real after a loss to Barcelona on Sunday. The thing about Reyes this season is that he had been playing much better at home than away. I think he should use his experience in rebounding and drawing fouls against Bamberg and have himself a very good game. I like Reyes in the opening round of the top 16.