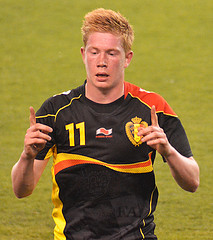 Gameweek 16 Fantasy Premier League Captain Tips is our newest article in FPL captain picks category. Official Fantasy Sports info team had a decent FPL week with 62 points. The first chip used brought some bench points. It should have been much better if only I captained Lukaku. Instead, I took a gamble and went with Hazard. That turned out to be a mistake as 3 out of 5 captain tips we provided for last GW delivered. Hopefully, you were smarter and picked Lukaku or Ighalo. Gameweek 16 is a good chance to make it right so this is a fresh list of top 5 captain picks.

I have placed Lukaku again on top of my captain pick list. He looks like a pretty safe bet considering his fine form. He scored in his last 5 matches. He also returned the total of 8 FPL bonus points in that span. He was unlucky to score just one against Palace as he had shaken the post twice. Norwich is a team that will have plenty of troubles defending against Everton. This is why Barkley could also be good captain choice. Maybe even Deulofeu. He is having a good season. You can read more on the topic here. But like I said, Lukaku’s form and ownership mustn’t be overlooked so he is my pick number one.

Kane was in great form before a Chelsea match, but he failed to score against the Blues, just like he did last time out at WBA. A lot of FPL managers captained him on both occasions and were left disappointed. However, Newcastle (H) is a much better chance for him to score. Newcastle shouldn’t be underestimated after a nice win over Liverpool. Nevertheless, anything but a home win for Spurs would be surprise. Kane should score which makes him good Fantasy Premier League captain choice for GW16.

De Bruyne was nowhere to be seen when Stoke City humiliated Man City in gameweek 15. But it didn’t really come as a huge surprise considering Stoke looked solid recently. City should be able to create much more chances against Swansea at home. This team is in a poor form, and they just lost a manager. Time will tell if sacking Gary Monk was a good decision, but at this point, the easy home win is expected. De Bruyne has been the most consistent City player lately and he is the one I would suggest to captain from this team. Kolarov might be a good pick also. He has attacking potential combined with a possibility of getting you clean sheet points.

There were plenty of FPL managers who transferred out Mahrez or left him on the bench before his hat trick performance in last round. He seemed a bit out of form lately, but his performance against Swansea makes him a good captain choice for gameweek 16. Chelsea seemed on the right track with a solid performance at White Hart Lane in GW14. They blew it all with a disappointing home loss to Bournemouth. They just can’t be trusted against Leicester. I realize this sentence would sound ridiculous last season, but it is very true now. Leicester deserved this position on the table and they have every chance to win against Chelsea. Mahrez should be their main man in this one. Vardy can be considered as well despite breaking his goalscoring run in last round.

Finally, for my last gameweek 16 Fantasy Premier League captain tip, I will suggest Ozil. He has been phenomenal for a while now. Arsenal is seriously shorthanded these days, but they had a great week with two morale-boosting wins. They could look to preserve as much energy against Villa as possible, though. This is why I am placing Ozil on the last spot in my FPL captain list. He will be a popular pick this week and you should also consider him. Ramsey and Giroud also look like interesting picks from Arsenal, but Ozil has much higher ownership. If you are not looking for differential captain pick, you can go with Ozil.

If you are in fact looking for a differential captain pick this week you can consider Bolasie. He is a most dangerous Crystal Palace player and guys at Fantasy Yirma think so too. Southampton looks like a broken team lately and it is not hard to imagine Bolasie scoring on Saturday.

How about some other players that are going to be popular among FPL managers? Odion Ighalo is amazing FPL asset, but the trip to face Sunderland could be too much for him. David Silva could be on target against Swansea. Guys at FPL Assist expect him to shine, but I would like to give him some more time to find his form. How about Coutinho against WBA? He just returned from injury for Europa League match, but he has been painfully inconsistent and I would avoid him for now when looking for FPL captain in GW 16.