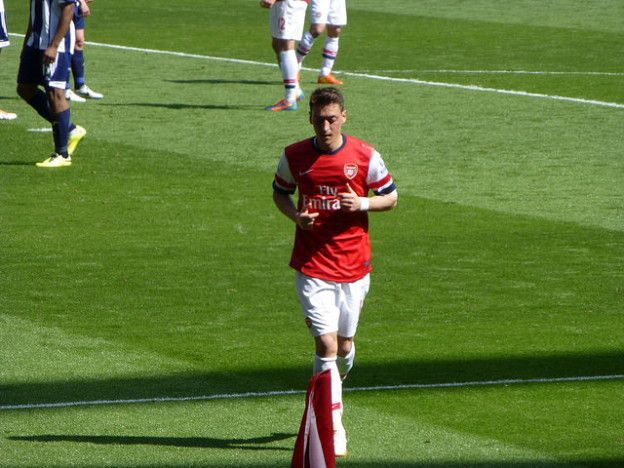 In this article we look to suggest 3 FPL Captains to look out for in GW21 and 3 to avoid. Article is written by our guest Wengerball. Please congratulate him for a nice job with a follow @iWengerball.

List of 3 FPL Captains to look out for in GW21

Manchester City have been out form recently, winning only 1 out of their last four games. Most will agree the credit to this goes to absence of big players like Sergio Aguero and David Silva. This subsequently has resulted in City slowing down a bit in the title race. But with Aguero & Silva both back from injuries and gained enough match fitness in the last two game-weeks, expect the striker to start banging goals. Remember when an in-form Aguero scored 5 goals against Newcastle this season? (25 points!) With his ‘Teams selected by %’ dropping to 14.5, he could be a surprise bonus to your points tally.

Voted as Arsenal’s best player for 3 of last 4 months & Fans player of the month for December, the German playmaker is in the form of his life. With 16 assists 3 goals (and 6.9 points per game) already this season, he’s a must have in your team! And he’d be an obvious choice for captain when you know he’s to be rested against Sunderland in the FA Cup so he’d be fully charged to play against Liverpool. Also worth noting here is that Liverpool will be missing a few key players in the next week (Skrtel, Lovren, Sakho, Coutinho, Lallana, Ibe), so expect Arsenal to capitalise and get a good result at Anfield.

With 14 goals and 5 assists this season, if you haven’t bought Ighalo already, you’re doing FPL wrong! He clearly has the pace & strength suited to the premier league and has also shown consistency, which we all look for when buying a striker for our FPL team. Watford have been very unpredictable this season, with beating the big boys and showing good displays home and away, Ighalo could well be a good captain to have!

I know I said 3, but this is a player worth of a mention in this list! Tottenham are said to be one of the most consistent teams in the PL this season, with Harry Kane being one of the most consistent strikers (11 goals 1 assist so far). And with relatively easier home fixtures coming up against Leicester (who’ll be without Vardy) and Sunderland, he might be worth a shot.

Riyad Mahrez has arguably been the best player in the premier league this season, but he hasn’t scored or assisted a goal in last 3 games, so it’s fair to say he’s out of form. With Vardy set to miss the fixture, expect Leicester’s attack to slow down a notch. Plus, they’ll be playing an in-form Tottenham at the White Hart Lane, so maybe he’s not the best choice for a captain this week!

Dubbed as the next Thierry Henry, Martial started off in the PL with a blast with 3 goals in his first 2 games. But he hasn’t lived up to the expectation and it hasn’t helped that he’s been played on the left wing by his manager. His latest display against Swansea at home (1 goal 1 assist) seemed good, but it might not be a very safe choice for captain based on one good performance in months!

Benteke is a perfect fit for the premier league. Strong, good in the air & a fantastic finisher. But as I mentioned before, Liverpool will be missing a lot of key players next week (and probably a few weeks after that) so the supply line for Benteke has weakened considerably. Forget about captain, I wouldn’t have him in my team for 2-3 weeks.