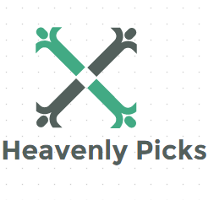 Hello and welcome to my first Heavenly Picks article for Fantasy Sports Info. My name is God FPL and this article of mine is going to take you through some of the possible options that could make or break your GW23 this weekend. So let us begin!

Well because this is my first blog post for Fantasy Sports Info, I wanted to get the FPL Twitter Community involved in some way, shape or form. I asked you via a Poll, what players you would like to see in this article. I would pick the top two votees and they seem to be Sergio Aguero and Marko Arnautovic. I would then add my other two options to the article myself. Those three other options are: Newcastle United’s new signing, Jonjo Shelvey, Tottenham Hotspur’s Toby Alderweireld and Liverpool midfielder Roberto Firmino.

Manchester City are that team that you see week in week out that could deliver on there potential, but could fail when they step foot onto the pitch. At the minute, Wilfried Bony is injured and Kelechi Iheanacho is still a bit green around the ears. You can thank me, that Manchester City still have Sergio Aguero, who is able to fire in goals for the Citizens, even if he isn’t fully fit.

Sergio Aguero may be a Heavy Hitter in FPL but, he is definitely worth getting in, as he is capable of scoring goals at will. This weekend, Manchester City go away to West Ham, who are coming off the back of a closely fought 2-1 loss to Newcastle last weekend and I believe that with Sergio Aguero coming off a three game streak in which he has scored 3 times, both he and Manchester City will have to much power for West Ham on Saturday.

Well to be perfectly honest, who in our FPL circles before the start of the season, seen this pick coming. Marko Arnautovic and Stoke City other than Leicester and West Ham have been the standout team of the season, playing an exciting brand of football only seen by Barcelona.

Marko must be labelled as a differential pick, but even at that, rated at 6.7 in price, he has gone over and above that scoring 104 points so far. If you compare it to Sadio Mane who is worth 7.5 and has scored 85 points, it pales into insignificance. Eight points in his last two games is below par, but against Tottenham, Everton and Manchester City this season, he has scored ten+ points which surely makes him an option for your FPL side.

An exciting option at that considering the next five fixtures other than Leicester and Manchester United are exciting ones for FPL managers who have Marko, as Stoke go up against: Everton, Bournemouth and Aston Villa.

This pick is a bit of an off the wall pick for us this week. Jonjo Shelvey is a recent Steve McClaren recruit for Newcastle United from Swansea City. Seemed to be unwanted by Swansea and was being mistreated by the higher-ups.

That has brought him to come and ply his footballing trade up North for the Geordies. It could be an acquisition that could pay off for Newcastle, as during their 2-1 win against West Ham at the weekend, Jonjo was the engine-room for the Black and Whites.

Ok, he has only 45 points so far, but that is not to say that he cannot come into some kind of form over the rest of the season. Newcastle’s next three games are against Watford, Everton and West Brom, three games that offer free-flowing and attacking football and plenty of chances to score assist and goal point for Jonjo.

One of the stalwarts for Tottenham in what has been a season that could secure them Champions League football for the first time since Harry Redknapp was in charge and Gareth Bale was playing for Spurs.

The Belgian is just about to go over 100 points in FPL this coming weekend against a Crystal Palace side that looks to have had the wide blown out of their sails. Tottenham now face competition from Manchester United for that coveted fourth spot and if Tottenham are to hang onto it, they will need both Toby and Jan Vertonghen to be on form right the way through the rest of the season.

At the rate at which they are going, they could just do that. He may have blanked this weekend just gone, but out of the next five games, only Manchester City seem tough to beat. Palace, Norwich, Watford and Swansea could see the Belgian score bonus points for clean-sheets, a must have in FPL if you ask me.

Just like Jonjo Shelvey in this article, Roberto Firmino could be seen as a differential to someone like: Kevin de Bruyne or Philippe Coutinho. I have placed Firmino in this article because of the Arsenal match and not the Manchester United match just gone.

Roberto Firmino has certainly done better under Jurgen Klopp than under Brendan Rodgers. It is showing to with spectacular performances against Manchester City and Arsenal in recent weeks. Going forward, he can be a menace, but at the same time could be taken up in the storm of Coutinho and Emre Can.

I would preach a word of caution, when it comes to getting in Roberto Firmino into your side. Thread lightly. Although, in Liverpool’s next five fixtures: other than the Merseyside Derby against Everton, they face “easy enough” games against Norwich, Sunderland and Aston Villa with a presumed tough encounter with Leicester.