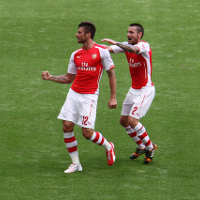 Hello, and welcome to Fantasy Sports info GW23 Captain tips FPL article. While my captain tips in the last couple of gameweeks were not as sharp as I expected, I am confident about these 5 tips for GW23. There are a couple of players I never placed on my lists and there are also familiar faces back in contention. I chose not to include a couple of popular captain candidates on my list (Aguero being one of them). You can find the reasons below, so let’s get started.

This is the list of my top 5 picks ordered by expected return.

Romelu Lukaku is in terrific form this season having already bagged 15 goals with 5 assists. Moreover, he has been very predictable. It is rather easy to predict when is he going to score and when will he blank. He blanked in last two matches when Everton played tough opponents away from home. Swansea (H) is actually a good opportunity for him to bounce back. Swansea has been playing defensive minded football after Curtis took over as a temporary solution on the bench. Their last couple of matches were not very convincing. They had to fight really hard to keep a 1-0 lead against Watford on Monday night. I doubt they will be able to keep Everton quiet. This team is heartbroken following a shocking Terry equalizer at Stamford Bridge. I can see them going out strong and Lukaku getting on the score sheet. Maybe more than once. He is my top Fantasy Premier League captain tip for gameweek 23.

While Giroud doesn’t have much of a tendency to collect bonus FPL points, I still like him to score big against Chelsea. He is quietly having a good season scoring 12 Premier League goals so far. Ozil and Sanchez have been under the spotlight from the beginning of the season, but it is time for the Frenchman to steal the show now. Ozil’s form has been slowly dropping in the last couple of matches and he was out of the team for a trip to Stoke. He will return to face Chelsea and Sanchez could play too. But I think Giroud is in the best shape of the three at this moment. Chelsea is paying them a visit and Arsenal has to rely on Giroud heavily in this one. He was close to scoring against Stoke but he should have more chances to score against disappointing Chelsea. He is making a debut on my captain tips list but I can see him scoring FPL points in double digits. This is why he is placed on the second spot in my gameweek 23 FPL captain tips list.

Ighalo failed to score in three consecutive matches, but don’t think he forgot to play football. He will have a good chance to score when Newcastle comes to town. He was trying really hard against Swansea, but he couldn’t score without the support of the midfielders. He didn’t get many useful passes and Swansea was determined to keep a clean sheet. Newcastle is coming from a decent home win over West Ham. They need to collect points regularly if they are looking to stay up this season. However, Watford will try hard to snap their 4 matches losing streak. Newcastle is not a particularly good defensive team. They signed Shelvey now to help them create something from the middle of the pitch. He did well against West Ham, but he is not a particularly good defender. Watford should win this and they need Ighalo to score. He is a good captain pick in GW23.

I recommend Vardy in the fourth place. Hopefully, he is ready again to play on the highest level. I chose him over Mahrez as it seems Algerian is in a downtrend lately and apparently off penalty duties. Vardy will be the penalty taker, at least for now. Stoke is their opponent on Saturday. This team really impressed me lately, but I don’t think they have much of a chance against Leicester in pursuit of Champions League football.

I am picking Alli in the last spot which might seem a bit odd to you. Spurs have another player that will be a popular captain pick in GW23. I prefer Alli as I was not impressed with Kane lately. He did score and assist against Sunderland. But please note two things: (1) Palace (A) should be a much tougher test for Spurs and (2) Kane was actually very lucky to return 10 FPL points against Sunderland. He got an assist for a goal which should have been an own goal in reality. Meaning Kane wouldn’t have been accredited with an assist. He scored a goal from the penalty spot and he was actually playing pretty deep. They will play counter attacking football against Palace and Alli will have a lot of forward runs. I like him to score and return the handful of FPL points. Eriksen looks like he picked up a pace lately, so you can consider him as well.

I also have three differential captain tips for gameweek 23. Defoe is the first one. He has scored 9 goals so far, 5 in the last three matches. He blanked at White Hart Lane but Bournemouth (H) is a great chance for him. His ownership is not high but he has the potential to score big and provide a nice boost for your FPL team in GW23.
The second differential for this round could be Rondon. WBA has a very winnable match in front of them. Aston Villa comes to visit and Rondon will look to score in front of the home crowd. He has been having a decent season, nothing too spectacular. But opponent like Aston Villa makes him an interesting differential captain pick in gameweek 23.
Finally, I would like to mention Tadic. He has played the total of 48 minutes in last two matches, but he scored in each of them. Maybe he will be used as  joker from the bench again or maybe he will start. In any case, he seems to be in a good shape lately. Southampton started winning again and I don’t think they won’t have their chances at Old Trafford.

In the risky captain picks the category I would like to mention Rooney and Payet. Rooney looked really good lately but I am not sure it will last. Southampton at home might not be an easy match like some expect. Rooney might be a popular captain choice among his owners, but I think there are much better options available for this GW elsewhere.
Another captain pick that could be risky is Dimitri Payet. He had rewarded his owners against Bournemouth and many decided to captain him against Newcastle. He was also one of my captain tips as well. But this shouldn’t be an easy game for West Ham. Even if they do manage to grab a result, I believe Payet will be watched closely. Anyway, I didn’t even suggest Aguero for this gameweek. I believe he might have a hard time scoring against tough West Ham. But he is probably less risky pick as many will choose to give him an armband. No Kane on my list either, if you want a second opinion, read this very nice article by guys at Fplbet.