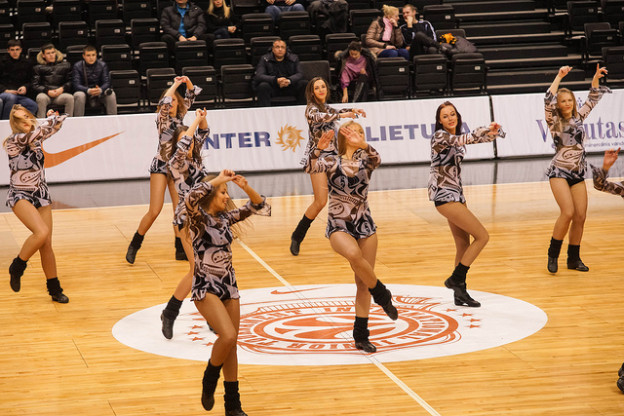 Jayson Granger: We are starting off with a player that will be traveling to Malaga to face his former team. Unicaja launched his career and made him one of the best guards in the Euroleague. He is a player with very high limits, but he is not all that consistent, mostly due to Efes’ great rotation. The Turkish team has got a lot of quality players in their roster and it is often hard to tell which of them should have high PIR’s. Granger has been getting a lot playing time in the top 16 and a game against his former team should be the right time to add him. Picking PG’s in the top 16 is always a tough job and I can’t see a lot of players with the better price to quality ratio than Granger right now. I like to buy players with an extra motive, so I’m hoping Granger’s homecoming won’t disappoint me.
Tweet: I am getting this player to my Euroleague Fantasy Challenge team

Tyreese Rice: Mantas Kalnietis has left Kaunas to join Milano, so Zalgiris’ rotation in the backcourt has been shortened. Young Lukas Lekavicius and experienced Reinaldas Seibutis should get extended minutes now. I see a chance for a player like Rice to exploit Lekavicius’ youth and Seibutis’ fatigue. Rice will probably try to finish a lot of Khimki’s plays himself. If he should have a good shooting night, big numbers are always a possibility for this American guard. The price is pretty affordable too.

Scottie Wilbekin: Here I go again picking a player from Darusaffaka, but I really believe this time even coach Mahmuti’s weird rotations should not ruin my day. Wilbekin is the player that certainly has more quality than his price suggesting. He is a very good scorer and I think he could go crazy in Athens this week. Panathinaikos is going trough a tough time at the moment and there is good chance some of Darusaffaka’s players could have great games. I hope Wilbekin could be one of them and I’m willing to try him out for just 17.1 credits.

Mindaugas Kuzminskas: I like picking players that are up against Efes’ defense. Most of the games involving the Turkish team this season were high paced. Kuzminskas has been known to have very good performances in that kind of games. Generally, he is having a very good season, but his price is not that huge at the moment. Kuzminskas could be a difference maker this round going against Efes at home.

Alex Abrines: Abrines has been performing very well in the ACB league lately and I think it is the time we get some of that in the Euroleague too. Barcelona will be playing at home this week and that is always a good chance for a pure shooter to excel. His role could be even bigger than usual if Navarro should be out due to his knee injury. For only 25 credits you could be buying a potential bloomer for this round.

Vasilis Spanoulis: Olympiacos will be traveling to Madrid this week to face Real Madrid and Spanoulis is an obvious choice for such a small price. These two teams have been facing each other frequently in the last stages of the Euroleague, these past few years. They have also developed a fierce rivalry, so I expect both teams to be very fired up for this game. There are some scores to be settled between the two sides and I expect Spanoulis to be the first in line to get back to Real for the last year’s loss in the finals. He scored 17 points and dished out 8 assists on Monday against Panathinaikos, proving he is in a good shape at the moment. Only 29.75 credits for a player that should already be considered a Euroleague legend and whom also has an extra motive against Real and their questionable defense? Thank you, I’ll take it.

Nikola Milutinov: Olympiacos is now down to just two centers since they got rid of Shawn James. Their first option under the rim remains Othello Hunter, but Nikola Milutinov should now be getting more minutes of the bench. He got 12 minutes in the game against Panathinaikos and he used it very well. In fact, he had the highest PIR of all Olympiacos players besides Spanoulis. Milutinov is still young and inexperienced, but he also has a lot of qualities that qualify him as a very good pick for this round. The sole fact that he has got the size to play as true center already makes him a good choice against Real’s weak interior defense. He is also known as a very good offensive rebounder. That feature could also get him a lot of PIR in Madrid. For only 14.1 credits you could consider adding Nikola Milutinov.

Tweet: I am getting this player to my Euroleague Fantasy Challenge team

Justin Doellman: He has been on fire lately, scoring like crazy against big teams like CSKA, Real, and Valencia. He has averaged more than 18 points in those 3 games. The American forward seems to be in great shape and you really can’t argue that he should be a bargain for 46.8 credits. Barcelona will be facing an up-tempo team like Laboral this week and there should be enough space for Doellman even to improve his great numbers.

Ian Vougiukas: I have been coming back to this player quite often, but really feel he could be in for another good game at Khimki. He should be on of the main targets of Zalgiris’ offense against the Russians. He is a pretty good shape and I don’t see Khimki’s interior defense stopping him. With enough minutes, the Greek center could go big in Moscow region this week.

Ekpe Udoh: Udoh has been averaging 17.5 PIR in 27 minutes of playing time in the top 16 phase. He has been playing really well lately much like the whole Fenerbahce team. I can’t see a player on Cedevita’s roster who could stop him. Especially since their rotation has been shortened by Luka Zoric’s injury. There is another injury that could help Udoh get big numbers. Jan Vesely has been suffering some kind of back problems and his status is still uncertain. He should be able to play because his injury is not that serious, but it could also throw him off his track a little bit. You should definitely stay with us to get the update on his condition. No matter if Vesely plays or not, Udoh is in good shape and I think he should have a very good game against Cedevita.

Tweet: I am getting this player to my Euroleague Fantasy Challenge team