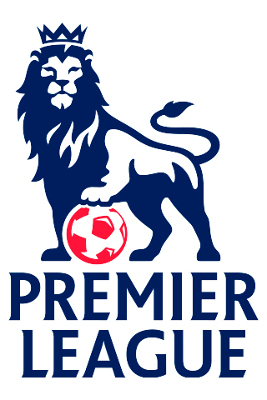 We are back with fantasy captain tips in gameweek 29! This week there are a couple of obvious captain candidates but we will present to you our top 5 picks to choose from. Let’s get started.

Sergio Aguero is always a popular captain pick in Premier League fantasy game but he did fail to deliver in two consecutive gameweeks. However, his opponent in gameweek 29 is Aston Villa (H). This is a big opportunity for him to return in big numbers. Villa is easily the worst team in the league. They are allowing a way to many goals. City should rip them apart despite their shaky form all season long. In fact, this is a perfect opportunity to bounce back from an ugly away loss in Liverpool. Let’s see if Aguero can replicate his gameweek 8 performance this time. He is definitely prime captain candidate and you can be sure some of the FPL managers will even decide to triple captain him.

Two goals and three assists over the last three league matches make Firmino a solid GW29 captain pick. He has been a solid fantasy asset for quite some time now, returning FPL points very consistently. Liverpool travels to face out-of-form Palace after beating Manchester City in a comfortable manner. This win will be a massive confidence boost and I expect their main man to be on target again.

Chelsea started winning again, believe it or not. Costa started scoring as well. He picked up two FPL bonus points and a goal in a midweek win over Norwich and he looks like a solid captain pick for this match as well. Chelsea entertains Stoke at Stamford Bridge. Stoke has been fairly impressive so far throughout the season, but they are in a bad situation now because of the injuries. I don’t think they’ll be able to defend well with all the absentees in their defence and Chelsea should be able to exploit that. Costa should be able to find a net once or twice and he definitely has the potential to return big.

I chose Algerian over Vardy on this spot as I feel he offers more threat at this point and has moe potential to score FPL points due to the fact he is a midfielder with a lot of goal threat and assisting potential. Watford’s form dropped and I expect Leicester to continue their title challenge. They were lucky in the last round as their home draw against WBA actually increased the gap between themselves and the competition as Spurs, Citizens and Gunners lost their respective matches. They can’t afford any slip-ups and I believe they will get the points with hopefully Mahrez returning something in the process.

My last captain pick in gameweek 29 is Sanchez. Arsenal has the difficult match at White Hart Lane, but Chilean has looked good against Swansea. He needs to step up or else Arsenal’s season pretty much ends here. It should be a tight affair, but one fabulous strike from Sanchez could decide and in a close game, he could be awarded the bonus points. I think he has the most potential in this particular match.

What do you guys think? Who is your gameweek 29 FPL captain? Do you agree with my picks or you are going to trust a player outside of my chosen 5? How about Lukaku? Everton has a winnable home match against West Ham. I thought about him, but he needs to rediscover his earlier form for me to trust him at this point.