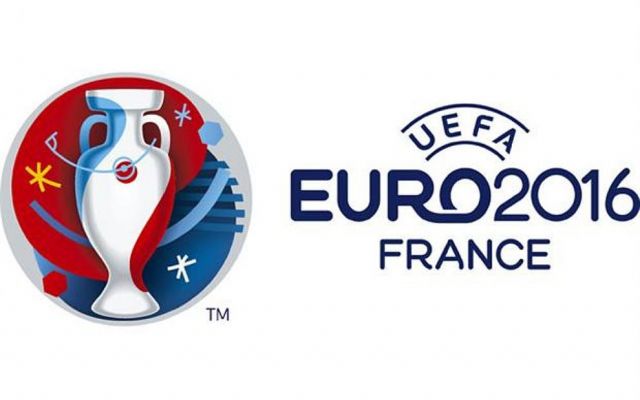 So which players to get from Croatia and which ones to avoid?

In this article, I will address these questions, so if you want to know if Modric or Rakitic have some Euro 2016 fantasy potential, keep reading.

Croatia is a very talented football team especially when you consider the population of the country. This is where some bargain players could emerge for your fantasy team.

Obviously, this is an important question, you need to make sure you pick a player that is actually going to get playing time. Let’s see how Croatia lined up for the last friendly before the EURO.

Subasic is safe to start as a goalkeeper. Getting him on your fantasy team will set you back for €5.0 which is a decent price as you could get worse for that money. Croatia has a good chance of keeping at least one clean sheet in their first two matches (Turkey, Czech Republic). Third game is against Spain and this is a difficult one, there’s little chance of keeping it clean there.

Strinic started on the left against San Marino and he definitely looks like a good deal as he is available at €4.0. His problem, however, is a lack of offensive potential and the fact he is not actually a 100% certain to start. Despite being the only true left back in the team, there is a concern he might be overlooked.

Vrsaljko (RB) could be utilized at that position or maybe even Vida (CB) when Corluka gets back in the team. To conclude, Strinic is not 100% certain starter, and the lack of offensive potential does little to boost his fantasy potential, but if he gets a starting job he is a good bargain if you need a cheap defender that could return a clean sheet or two. Might be worth a gamble.

Schildenfeld started against San Marino, but he is likely to be dropped for Corluka if Vida keeps his CB position. Both Schildenfeld and Vida are available at €5.0, but uncertainty surrounding them means neither is particularly appealing. There are better €5.0 defenders out there.

Srna is the team captain, but he has passed his peak, unfortunately. This makes him a risky player to own at €6.0. He looked great against San Marino, but that obviously should be taken with a reserve, with all due respect to San Marino team. He is unlikely to be dropped to the bench, though, which might encourage fantasy managers to get him in. He could actually do some damage with his crosses in the box against Turkey and Czech and if Croatia keeps a clean sheet in those matches, he could be a difference maker in your private leagues.

Corluka missed San Marino game due to the ankle injury but he should be ready for the opening game at the EURO. He is available at the €5.5 he doesn’t offer much going forward as he used to back in the day and. This is why I would not be very excited about getting him on the fantasy team, despite the fact he is certain to start at CB position when healthy.

Vrsaljko had a good season playing in Italy, and he is likely to be utilized from the bench when Srna gets tired, which is a shame. If he was a sure starter, he would be a great value at €4.5 as he offers an offensive spark. Like I mentioned above, there is a chance he might start as a left back instead of Strinic, but that isn’t  a very likely scenario, at least not for the first game. Avoid for now.

Midfield area is the biggest strength of Croatia. It features plenty of talent from players playing in top European teams. Modric is the best player in Croatian squad, but he was often accused of not giving 100% when playing for NT.

He doesn’t score very much, nor does he assist, but he is crucial for dictating the tempo and keeping the ball away from the opposition. That, however, does not translate very well in fantasy points so there is some sense of overlooking him. His price is appealing, though. Available at merely €7.0 he is owned by 21% of McDonald’s Euro fantasy managers at this point.

I’d say go for it, he is in a peak of his football career, he just won UCL with Real Madrid and I am sure now he will give his best to help his NT achieve some Euro glory. You could do worse for €7.0 that is for sure.

Another possible candidate from Croatian midfield is Rakitic. He is Modric’s rival in Spain as a Barca player, but he too plays the best football of his career and he does seem like a decent pick for a fantasy team. Available at €7.5 he offers more goal threat and has more assisting potential than Modric. He was nowhere to be seen in Brasil, 2014, but he was playing the very deep role under the previous manager, Niko Kovac. Now under Cacic, he is playing in his favorite position, behind the striker. This role should suit him better.

Perisic is another Croatian midfielder priced at €7.5. He is the best scorer on the team for past two years and as such seems like an interesting pick. However, both Modric and Rakitic are more talented players and I would choose them over Perisic any time, especially now when they both had successful seasons and a big stage of EURO to show their skills in front of them.

Pjaca was playing alongside Perisic and Rakitic behind the striker and had a decent match. This could mean he will start against Turkey. He is available at €5.0 and could be a decent 5th midfielder option. If you have cash, you are better of with either of the three players mentioned above, though.

Similar could be said for Badelj. He is also available at €5.0 but playing deeper. It is unclear if he’ll lose his position or be rotated with Brozovic. Stay clear in any way.

Cacic chose 5 forwards for EURO 2016, but there is room for just one (or two, if Pjaca could keep his job as an attacking midfielder). This one starting forward will be Mandzukic of course. He has not been in his prime form for some time, but he does seem like the best striker Croatia has. He has potential to score in both of the opening matches (Turkey, Czech Republic) which make him an interesting option for €8.0.

Kalinic is the guy likely to come from the bench. He was in a good form for Fiorentina this season and there is a shame Cacic can’t fit him into the starting team as well. He will get 30 minutes per match which doesn’t make him an interesting fantasy option.

Others, Kramaric and especially Cop shouldn’t get much playing time if any at all.

Based on the strength of Croatia’s first two opponents, you could consider getting Subasic as a GK or Strinic as a cheap defender. I am not underestimating Turkey or Czech Republic here, but there is a chance Cacic (inexperienced at this level) will approach these game with a lot of caution and look to defend well.

Srna is a bit pricey and past his best, but he if he can combine a clean sheet with an assist, he could be a difference maker. Risky pick in my opinion.

Midfielders are a strong point in Croatian team. Any of the trio Modric – Rakitic – Perisic should be a good option.

Finally, Mandzukic is a sure start striker and as such has the potential to score against Turkey and Czech Republic.

Are you planning on having a Croatian coverage in your team? If so who are you targeting? Do let me know in the comments below. For some further EURO fantasy tips, please check out my recent article as well.