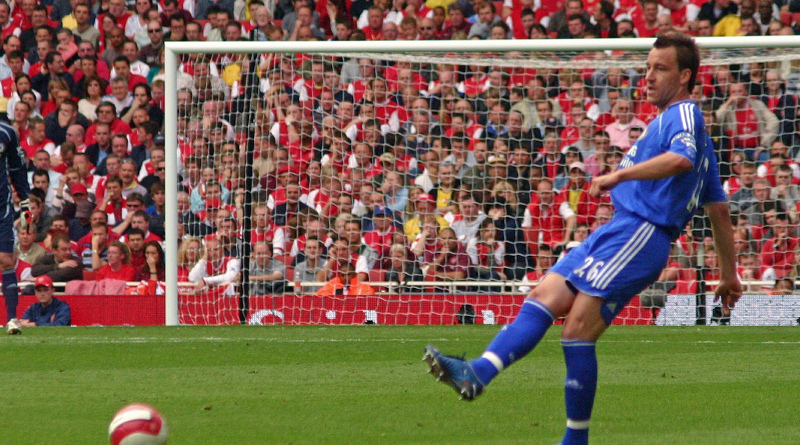 OK so after going through the complete list of starting FPL goalkeepers for the season 2016/17, it is time to focus on the defenders.

I am obviously not going to examine what value has every single defender in the game. Instead, I will focus on the handful of FPL defenders that have value before the season start. If you are not planning on wildcarding early, you need to have a solid, long-term defensive line.

Attacking midfielders and high profile attackers in the game are priced very high this season. This makes picking a budget friendly defenders a must. So that is also a thing to consider when choosing a back five.

Must have FPL defenders 2016

Bellerin was a highest scoring FPL defender last season and now he is the one with the highest price tag alongside Alderweireled. They will cost you £6.5m each. I already wrote how Bellerin turned out to be a much better player than Chambers and Debuchy on the RB position and he was in my starting team last year. However, I am not prepared to spend £6.5 on a defender this season.

Monreal is actually a better option at £6.0. He also had a good season last year and I believe that difference in price should pay off. Arsenal is a team that probably won’t challenge for the title after February. However, their defense is solid, especially with Cech on the net. I feel like having Arsenal defensive coverage is a must. With Bellerin a bit overpriced, Monreal is the best option. Koscielny is also valued at £6.0, but Monreal has a lot more to offer going forward.

With Mertesacker sidelined, Gabriel looks like an interesting option at £5.0. But him being prone to getting booked, really diminishes his value.

Ashley Williams is a very reliable FPL defender to own. Swansea was in a deep crisis for some time last season and Williams still racked a decent amount of FPL points. At this point, he is rumored to join Everton, but I believe he has enough value to be considered a must have defender wherever he starts his new Premier League season. His ability to score occasionally add up to his value. Fernandez at £4.5 is also well worth considering.

Walker represents a nice value at £5.5 on Spurs right side. He has the ability to sprint deep in the penalty area and he will cost you less than Alderweireled or Rose. Spurs should be able to keep it clean a lot of times this season as well.

Every one of the above-mentioned defenders have a fairly high ownership for a reason and I am sure you are considering one of them as well.

I am considering Francis from Bournemouth. He is available at £4.5. I do not expect Bournemouth to be one of the best defensive teams, but I do fancy them to have a better season. If they avoid an injury bug that hit them last season, they just might end up finishing far away from the danger zone. Francis can also pose a threat up front and I like him as an affordable FPL defender.

Souare is another £4.5 FPL defender that could be very well worth it. Crystal Palace has an excellent set of fixtures until GW9 and Souare should be able to rack up a couple of clean sheets. He is the cheapest way into Palace defense.

Cathcart could also be an option. Watford had a decent season last year. While their starting fixtures don’t look very appealing, I still feel Cathcart could be a decent backup defender. He is a reliable player in a team that can get hot in a certain span of matches.

There is no chance I will fail to mention some WBA coverage. Dawson was a popular pick last season, but with a lower price, McAuley makes more sense to me. I am very close to picking Foster as my main goalkeeper so I don’t want to double up with their defenders, but otherwise I would pick McAuley for sure. He is a reliable defender in a defensive minded team. Oh yes, he also has some scoring potential from set pieces.

So who are the other defenders to consider? Chelsea has a really good looking set of fixtures until GW5. However, the new manager is in charge and their defense looks to be troubled with injuries. I guess Terry makes some sense at £5.5. However, his advancing age and uncertainties that new manager brings make him a risky pick.

Man City has an abundance of defensive talent so there is a good chance there will be a lot of rotations. If you want defensive coverage from City, Hart could be the best bet as a decent goalkeeper.

Man Utd should be a good source of defenders with Mourinho in charge. But at this point, nobody really stands out for me. Let’s see if Shaw fully recovered from the leg injury. He could be a decent pick.

Elsewhere, Funes Mori looks like a sneaky pick. I think Koeman is doing a good job of bringing in new players and Everton should be a better team this year.

Wes Morgan is a popular pick at this point with ownership above 20%. Leicester should be a good team this year again, but I am a little worried about extra matches they will have to play in Champions league.

These are my pre-season thought on FPL defenders and I will probably pick my back 5 from the list of players I mentioned in this article. Who do you like? Do you agree with my picks? Let me know in the comments below.