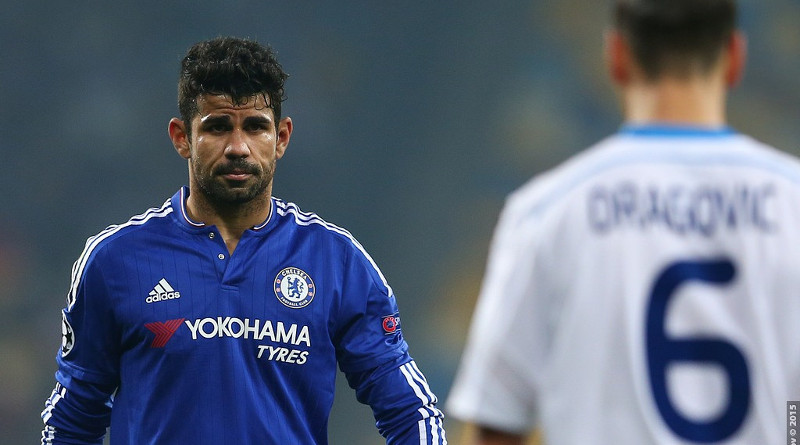 After looking into value options in the defense and among goalkeepers, it is time focus on the attacking part of the pitch. This is the area you need to fill with goalscorers and assisting machines. This particular article is about fantasy Premier league forwards.

Not much to say here. The Argentine striker has been a great asset to FPL team for years now. The opening match against Sunderland promises a heavy return for his owners. There is a reason why he is owned by 40% of FPL managers despite his price.

I was unsure about him, for a while. The addition of high-quality players like Pogba and Mkhitaryan make him much more dangerous, though. He should have no trouble adapting to the Premier League. He is a fixture proof kind of a player.

Kane has been great in last two seasons and there is no reason to think he’ll stop now. Competition in the league seems to be fiercer this season, but I guess it is only going to motivate Harry more.

Vardy is an amazing striker. However, with the price of 10.0m, there is no so much value in picking him like last year. Also, we are yet to see if or in what extent shall UCL football take a toll on his Premier League performances.

Intriguing forward to own, at least based on the preseason appearances. He could be a great third striker option or even more than that.

Costa had a frustrating season last year, just like the entire Blues team. However, I do expect better from him. He might do well under the Conte’s management. He does have the mindset to have a good season.

Another intriguing budget friendly forward option for Premier League fantasy. He does have experience in this league, and he might turn out to be a must-have player.

Excellent season for Ighalo and I look for him to build on those performances. Watford has a tricky start to the new campaign, which is the only thing I ranked him this low. At 7.5m, he might be a great FPL forward yet again.

Finally, Lukaku. He had a brilliant start to the season last year but faded in the last months. Is he going to turn up this season? He does have at least 15 goals per season in his feet and that makes him one of the best FPL attackers to own.

FPL forwards to keep an eye on

Carroll had a good season last year, and he is heavily featured in his manager’s plans. He is not an elite forward because of his questionable mentality . However, if he shows signs of last year’s form, he is a great bargain Fantasy Premier League forward at 6.5m

I’ve seen Musa in action during the pre-season and I really feel he might do very well for Leicester. He is significantly cheaper than Vardy and that is a huge selling point for him. Leicester kept almost all of the title winning players and Musa should be a great addition.

Callum Wilson had a great start to the last season, only to be interrupted by the tough season-ending injury. He will look to have a good season and you might want to keep an eye on him if you are not looking to trust him for the start. With so many great forwards this season, he is a bit under the radar, but this only makes him an interesting differential forward to own. Same can be said for his partner upfront – Benik Afobe.

Southampton duo might be a very interesting in terms of FPL value. There is a lot of uncertainty with the new manager in town, but Long and Austin should score their fair share. Southampton used to play with Pelle lonely up front and Long got very few chances. He did make the most of it, but the question remains if he’ll be returning FPL points on the regular basis as a starter. We’ll see.

Troy Deeney finished last season strong. However, I still rate Ighalo higher. This is why I am placing Deeney on the watch list. He is on the penalties, though. Could be very much valuable at some point is a season.

If Benteke joins Palace, Wickham loses a lot of value. Otherwise, he might be the one to keep an eye on.

Hernandez is an interesting FPL prospect, but unfortunately he is a part of the team that is likely to go back to Championship. Not much value, but you might as well keep an eye on him

Diouf has plenty of potential. He never really exploded and became a must own FPL forward, but he has some short term value at least. He is very explosive and knows how to find the net. Stoke actually has a lot of talent in the middle of the pitch to feed Diouf with quality passes. He is the one to keep on the shortlist.

O wow, Llorente is a big signing for the Swans, regardless of his decline recently. He just might revive his career in the new environment and with the price of 6.5m, he is the one to watch.

Giroud should be the main man up front in Arsenal squad, but I wouldn’t trust him much. At least not early in the season. He is questionable for the opening match but I don’t like him even in the longer run as he does not collect many bonus points. He had a decent return of 156 points last year but I believe there are better and cheaper forwards elsewhere.

Benteke has been such a disappointment last season that I am afraid to trust him even if he does join Crystal Palace. Sturridge is a much better option from Liverpool, but unfortunately, due to his injury problems, he is not going to be a good pick in the long run.

Rooney has passed his peak. A long time ago. With so many stars arriving at United, he should be contributing even less. He does not seem to be worth it for 9.0m.