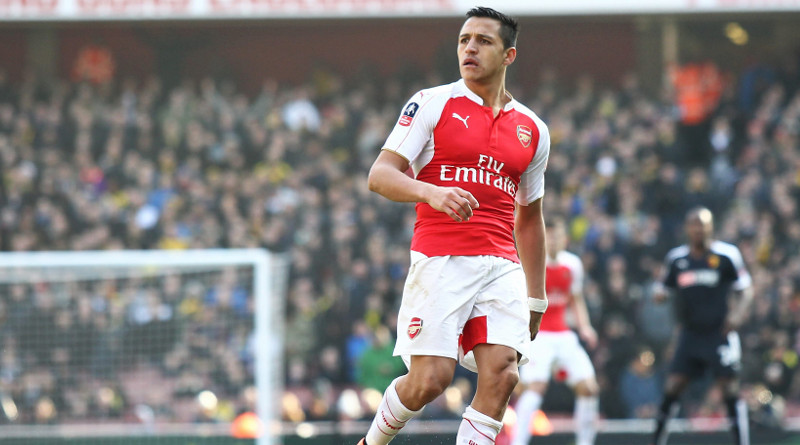 So how did you do in GW4? Not good right? Me neither. Actually my team did pretty bad in GW3 as well. So I went on to activate the wildcard immediately after the last GW3 match finished. Results? I would have been much better of not changing a single thing. I had Ighalo, Eriksen and Bolasie from start and just when I sold them, they returned. This is very frustrating, but it happens in FPL. There’s no time to waste, let’s get down to business. Friday is the deadline this week guys, so let’s see what are Gameweek 5 Captain tips for Fantasy Premier League.

Who to captain in gameweek 5?

I am going to make 3 picks for this week, but let’s see what are some interesting captain options all over the board. Chelsea attackers are looking appealing when Liverpool comes to town. This is because Liverpool apparently can’t defend well. Costa in particular looked sharp so far, is he going to score against Liverpool? How about Hazard? Time will tell I guess, but because of Costa attitude problem and the fact it is still a derby I am more interested in seeking GW5 FPL captain elsewhere. Furthermore, it is a Friday match after all. If your captain blanks on Friday evening, you’ll be a pretty pissed FPL manager.

Hull – Arsenal looks like a good chance to pick a proper captain. Ozil and Sanchez come to mind. Hull are doing pretty well thus far, but Arsenal will have too much for them. Sanchez scored midweek and he will be ready to go again.

Leicester recorded a nice win in UCL and they will look to build on that when Burnley comes to town. Mahrez scored twice in Belgium, but I can see Vardy a better captain option due to his pace. He should be able to expose newly promoted Burnley’s defense.

Aguero would be popular captain pick in GW5 especially scoring a hat-trick in a UCL win. However, he needs to sit one more game out. So who do we consider from City team when Bournemouth comes to town? Your best bet should be Sterling or De Bruyne. Nolito and Iheanacho are also interesting options, but their ownership is not that high so chances are they are not in your team. Also, Aguero will be back after this GW and selling Iheanacho makes sense.

How about hat-trick hero Lukaku? I would skip honestly as I doubt Everton will have an (that) easy job against Boro as they did against Black Cats.

What to expect from West Ham? They seem to be sinking, but Antonio and Payet do look appealing. They are capable of scoring, but WBA away is not the most attractive fixture.

Ibrahimovic is on everyone’s radar obviously and it is hard to ignore him due to the sky-high ownership this guy has at the moment. He is very much capable of scoring, but if you want to protect your current ranking you don’t really have a chance. Not captaining him could really hurt if he delivers.

Finally, what to do with Spurs. After a nice win in Stoke, they were grounded by a shock home loss to Monaco in UCL. Can they bounce back against Sunderland? Most likely. Who is the best captain option in Spurs team for GW5? Well, Kane comes to mind, but he doesn’t seem to be in best shape. In the video above, he is considered as one to watch and I agree. If you are looking for a differential, Eriksen and Alli look interesting.

How about Benteke? Is he going to revive his career? He just might, keep an eye on him.

So let’s pick the best Fantasy Premier League captain players for Gameweek 5. I am tipping Sanchez. He had a great game in Watford. Sat out almost entire Southampton match, which really hurt me as a I captained him. Presumably he will start now and bag a lot of FPL points.

Ibrahimovic has to be in this group as well. Like I mentioned above, not captaining him can seriously hurt OR if he delivers.

Last but not least, Payet, It is a risky pick considering West Ham is in a bit of  a crisis. However, they will turn to Payet for a big performance. He can do it. WBA is a defensive minded team, but they do have to attack at home. Space would be open for Payet. Let’s see if he’ll be able to deliver.

So this is my list of three Fantasy Premier League captain tips for gameweek 5. There are lot of interesting options besides these three. City has a really favorable match, but without Aguero it is hard to single out one standout performer. There are 4-5 players capable of scoring. Elsewhere, Spurs also have a good matchup, but I find it hard to put faith into any of their players at the moment. Guys at FFP trust Kane. What do you think? Who is going to perform in GW5? Who is your captain? Let me know in the comments below.