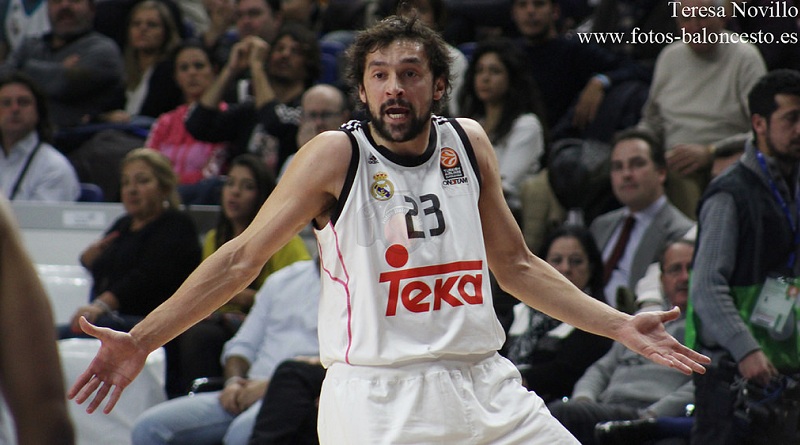 Greetings Turkish airlines Euroleague fantasy lovers! Season 2016/2017 is almost underway and I decided to share my team with you. This year I have prepared 10 players that could make one whole Euroleague fantasy team. The exact price of the team will be 491 credits which mean we are left with 9 unused credits. Those 9 credits will come in handy in the second round when we get a better picture of all the player’s possibilities. After choosing two PG’s of totally different value and expectations, the rest of my team is pretty balanced with all the players in between 40 and 55 credits. As always, I was mostly aiming for under-priced players in order to get more credits for future rounds. There are not too many “obvious” Choices because of Javier Gancedo, the moderator of the Turkish Airlines Euroleague fantasy challenge, did a very good job this year with the player prices. Also, there are very few players under 40 credits that are even worth considering. Therefore, I offer you my balanced team of experienced players that should continue delivering as they did for the most of their careers. Good luck to all!

Sergio Llull: He had a great season last year and I don’t expect anything less this year. His role should be even bigger now that Sergio Rodriguez has left to the Philadelphia 76ers. Llull is one of the leaders of Los Blancos and he seems to be in great shape at the start of the season. He also has a great game the other day against Oklahoma city thunder when he hit 3 buzzer-beating three-pointers. The price is big, but the game ahead of Real is even bigger and I hope Llull could be the biggest!

Andrea Cinciarini: The deal with Milano is they have a fairly balanced team with two units of similar quality. I like Cinciarini because he is pretty cheap. A lot of people are choosing young Luka Doncic instead, but in this case, I will be choosing experience over talent. With enough playing time, Cinciarini could be a solid choice. You can’t expect miracles from this player, but I need one cheap player and my choice is Cinciarini

Matt Lojeski: One of my favorite and most reliable fantasy players costs only 54 credits and I just got to have him. Olympiacos will be visiting Madrid in this season’s opener on Wednesday. I expect Lojeski to be fired up and ready to go. Lojeski is an experienced player who has never been scared of big games and I don’t expect anything to change this year. I think he could emerge from the shadow of two Greek basketball gods like Spanoulis and Printezis and become the key player of the Red and White in this Euroleague classic. Some feel devotion, I feel Lojeski!

DeShaun Thomas: I’ve watched Thomas in a few preparation games this year and I really liked what I saw. He looks to be very confident and very well prepared for the upcoming season. He spent the last year as the member of the San Antonio Spurs organization, playing for their D-league team. It seems to me that the aforementioned experience has made him a much more confident and mature player. It is true that Efes has got a lot of talent and a lot of offensive options this year, but for the price of just 47 credits, Thomas could be one of the top pickups at the start of the season.

Nikita Kurbanov: CSKA will be traveling to Istanbul to face a very tough opponent and they should be counting on another very reliable and rational player – Nikita Kurbanov. He had an amazing performance in VTB league last week at Astana, where he scored 26 points in just 22 minutes, shooting 8-8 from the field and 6-6 from the line. It was an amazing offensive display by Kurbanov and I hope it was not just a fluke. He had a very good season last year becoming one of the most reliable CSKA players. Even if his shots should not be falling in Istanbul, he has also been known as a very good defender and a rebounder. Trustworthy option for just 48 credits.

Coty Clarke: In all honesty, I don’t know much about this player, but I need someone that is not too pricey, to sum up my SG-SF lineup. Based on his statistics with the Unics Kazan so far, he should definitely the best choice among cheaper players. He has averaged 13.3 points and 8 rebounds with the Russian team in their 3 games in the VTB league so far. His PIR has also been great as he was averaging 19 PIR points. He has also been getting a lot of playing time and I’m willing to try him out for a reasonable price.

Milko Bjelica: Bjelica seems to be a little bit under priced at the start of the season. He should definitely be one of the top performers for Crvena Zvezda in the Euroleague, yet his price is just 43 credits. He should be getting a lot of playing time too, especially since coach Radonjic would be forced to use him at both inside positions. Zvezda has got only one true center Ognjen Kuzmic at the moment so I expect to see Bjelica play center as well as his primary position at PF. Bjelica has always been a rational and a reliable player and I expect to see him as one of the leaders of this team. He is an experienced player, who has also played for Darussaffaka last season among all other teams in the past.It often pays off to chose a player who is going against his former team. All that combined along with the fact that Zvezda will be opening their Euroleague season in front of their loud fans makes Bjelica one of the best bargains at the start of the 2016-2017 Turkish Airlines Euroleague fantasy season.
Tibor Pleiss: This could be a little bit of a gamble,but Pleiss should be worth a shot for the price of only 46 credits. He definitely has the talent to be one of the best centers in the Euroleague. I’m calling it a gamble because I still don’t know what role and how many playing time should coach Ataman be giving him. All in all, he has got a season of NBA D-league experience and I hope it has toughened him up a little bit. He was a great fantasy player back in his days with Baskonia and I’m hoping to see some of that again.

Toko Shengelia: This is a player that has got a lot more potential then his current price is suggesting. He is also an ex-NBA player and a very good Euroleague player who’s career has been slowed down by many injuries. I think he should have a much bigger role on this team than his price is suggesting and I also think he look to be in shape at the start of the season. Shengelia is a potential “bloomer”.

Justin Doelman: Doelman is a player that hasn’t been all that consistent last year, but I think that could change this season. Barcelona has a new coach and I think his system could suit Doelman much more than Xavi Pascual ever did. Doelman is the player with a great potential, especially when it comes to scoring. I’m hoping that coach Bartzokas could make him a constant this year rather than a “black and white” player that he used to be. Anyway, Barcelona is in for a tough road trip against a serious team and I think this is a good price for one of Barcelona’s go to guys.

Here you go guys, there’s plenty of Euroleague fantasy tips in this article, hope you find it useful. I went for the balanced team with a couple of surprising picks. Please let me know what you think in the comments below. Who do you like? What does your team look like?