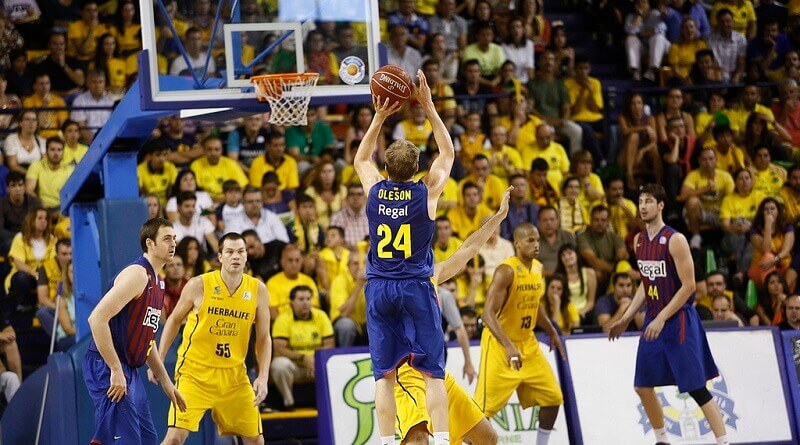 The first round of 2016-2017 Turkish Airlines Euroleague is behind us and it is now time to make some changes and draw a couple of conclusions. My team ended up scoring  126.9 points, which is not that bad considering the fact that no team has scored more than 197 points. Still, I can’t say I’m totally satisfied with my result in the first round. I  got some very nice performances from players  like Kurbanov, Shengelia, Llull and Doellman, who have all scored more than 20 PIR, but I also had some disappointing displays from Bjelica and Pleiss.

Euroleague fantasy players I am selling this round

I’ll be keeping Bjelica a bit more because I still expect him to have much better performances later on. He has cost me a lot of credits, but I still think he should be  bouncing  back, unlike Tibor Pleiss. Pleiss got very limited playing time and I don’t intend to gamble once more with him. The other two players I will be selling this round are Cinciarini and Thomas. Cinciarini actually started out pretty good against Maccabi, but he ruined his PIR and playing time with 4 quick fouls. Milano will be heading on a very tough trip to Turkey to face much improved  Darussaffaka and I don’t expect Cinciarini to have a formidable impact on the game. Finally, I’ll be selling Deshaun Thomas. His team will be visiting one of the toughest courts in Europe and I think  I have found a player that could have a much better performance and he is a little bit cheaper than Thomas too. So let’s get started with my 3 changes for this week.

Euroleague fantasy players I am buying this round

I’ll be trading Andera Cinciarini for Zalgiris guard Kevin Pangos. Zalgiris will be playing at home this week and I expect some of  their players to have very good numbers. I expect the game against Laboral to be an up-tempo game and those kind of games are ideal for your players to have good PIR’s. I have to say I had a dilemma between Pangos and Luka Doncic, but I have decided to go with Pangos because Real will be visiting Maccabi and I already have one of their guards – Sergio Llull. Pangos came to Lituania from ACB league and I’m counting on his “Spanish experience” to help him have a good game against the Spanish powerhouse.

Brad Oleson: There are a few reasons why I like Oleson at the moment. First of all, he seems  to be in much better shape than he was for most of  the last season. He also got a much bigger role on the team from coach Bartzokas and he seems to be using his minutes very well. His role, as well as his playing time, could be extended even more now that Juan Carlos Navarro has injured himself on Sunday ACB game against Bilbao. Oleson is and experienced player and I expect him to be ready to take on Fenerbahce this Friday at Blaugrana. His shape is in an upwards momentum and I think this is the time to get him for only 36 credits.

Khem Birch: Birch is a typical Olympiacos center – quick on his feet and  great leaper that can play above the rim. The Greek powerhouse has been picking that kind of players for some time now and it is not hard to figure out why. They have arguably the best P’N’R guard in the Euroleague – Vasillis Spanoulis. Spanoulis makes possible for that kind of players to get easy buckets without having to work the post. Olympiacos have got another player Like Birch on their roster – Patric Young, but he is still getting into shape after missing most of the last season due to a knee injury. Coach Safiropoulos started using Nikola Milutinov a little bit more this season, so there are 3 players on the center position to rotate, but Birch looks to be the number one option. He has adapted very well to their system and I think he should be a bargain for only 40 credits.